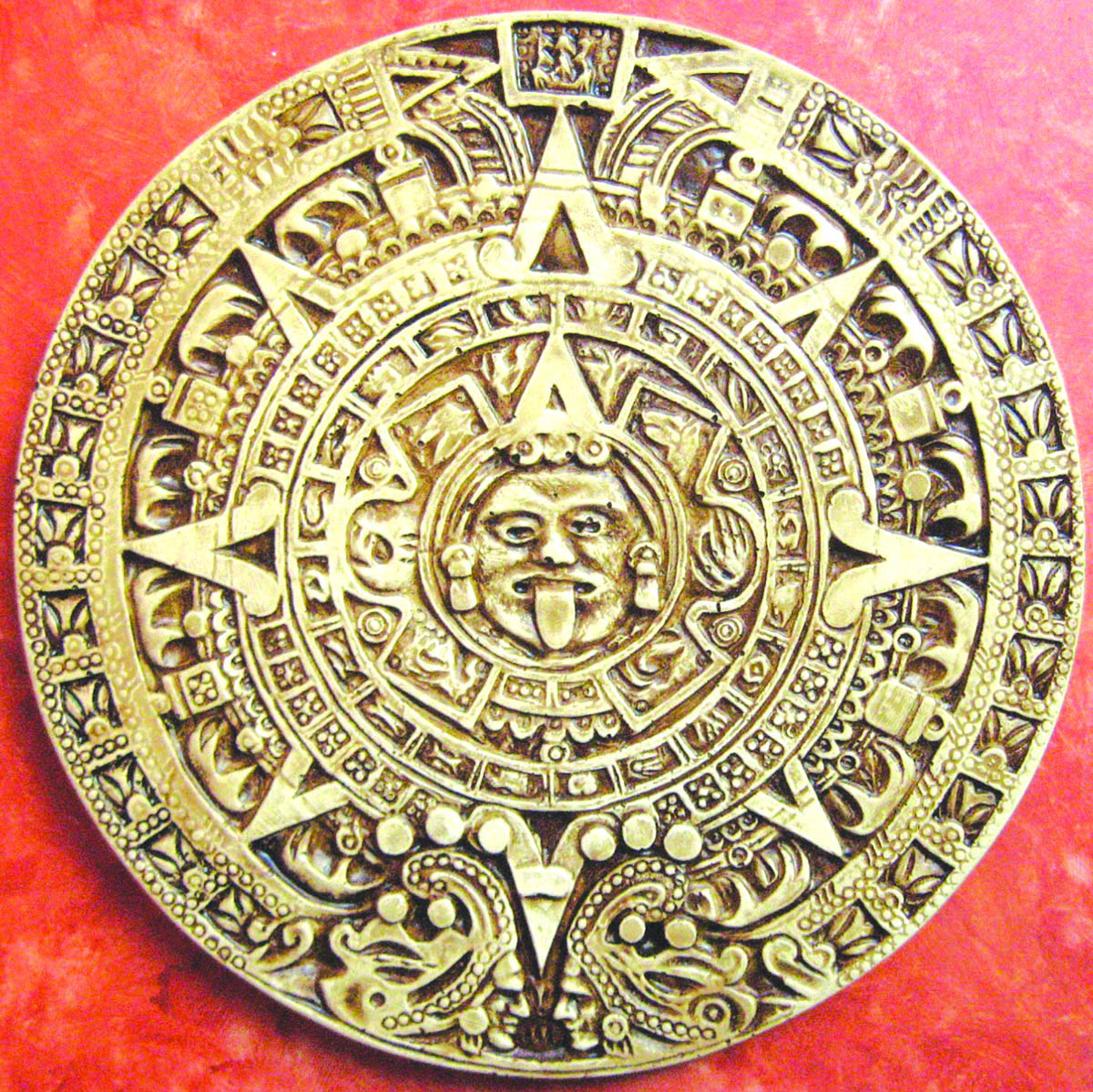 The Ruler of the Aztec Empire, at the time of the Spanish conquest, was Montezuma II. He reigned between 1502 until his death in 1520. Not only was he the chief but he was a High Priest of the Aztec religion, a wizard. He was trained in astrology, astronomy, and religious traditions, among other skills of higher learning taught to a man of his status.
The Aztec calendar is complicated and out of the scope of this article to explain it in its entirety. However, it is important to realize there were two calendars that were used simultaneously. The solar calendar was to keep track of the 365 day year; it was used to insure the timing of planting and harvesting crops. The other calendar was for religious purposes including the best days to consult the gods. The religious calendar was not based upon 365 days, but rather 260 days. The same day for each calendar only fell at one time every 52 years. That was a very important date to the Aztecs; the day the gods would decide to renew or not the world, for the next cycle. It just so happened that the Spanish Conquest occurred during the year ending the 52-year cycle.
The Aztec religion was full of gloom and doom as it were. They lived with such fear that they offered blood sacrifices to the Sun god in hopes that he would assure the rising of the sun each day. One of Montezuma’s contemporaries told him that his fortune-tellers had predicted that strangers would, one day, rule Mexico. At the time, Montezuma did not believe him.
Around 1509 CE a series of mystical events occurred foreshadowing the end of the Aztec Empire with the arrival of the Spanish. There were eight. The first omen was a great light that appeared as a “bleeding wound” in the eastern sky. The people of Tenochtitlan ran in the streets panicking and wailing expecting the end of the world. The second was fire that destroyed the two towers on top of the pyramid of Huitzilopochtli, their sun god. The wood in the temple seemed to burst into flames for no apparent reason. No matter how much water was used they could not put out the fire until the towers were completely burned down. The third omen happened soon after the second. The temple of their fire god was struck by thunder-less lighting that seemed to come from the sun. The fourth, a very bad omen, terrified the people; it was a mid-day comet with 3 heads that blocked out the light of the sun as it passed across the sky. The fifth was a sudden boiling up of the waters of Lake Texcoco, raising the level of the lake and causing the collapse of many of the city’s buildings. The sixth event was from Llorona, a woman’s voice heard by the people, crying in the night, “O my children, you are lost; where shall I hide you.” It was believed to be the goddess Mother Cihuacoatl, wailing for her human children. This dark omen terrorized the people and profoundly affected Montezuma. The seventh omen, found in a fisherman’s net, was a gray ash-colored bird that had a magical mirror atop its head. The fisherman brought the bird to Montezuma as he looked into the mirror and saw the star constellation of Taurus; a powerful sign in the Aztec’s astrology. He looked again and saw an open field with a huge hoard of people coming toward Mexico. When he asked his priests, they said they saw nothing. The eighth and final omen was the news that monsters, men with two heads, (men atop horses’ backs) had arrived in Tenochtitlan. Before any of the monsters could be captured they disappeared.
Montezuma II had been murdered by the end of the 52-year cycle; so began the demise of the Aztec Empire.