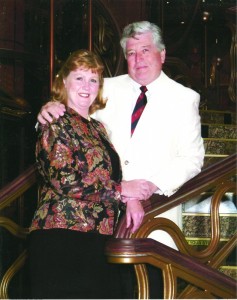 They say that there are very few true legends of Jazz in Mexico, and Armando Noriega is certainly one of them. His artistic sensibility, his musical stature and his true mastership of simplicity are always referenced when talking about good Jazz. He has studied harmony, arrangement and direction in the Arts Institute of California.

Armando Noriega Rivera was born in Santa Ana, Sonora in May 1943, but he spent most of his childhood here in Rocky Point. His first music lessons were given to him by his father Armando Noriega Loaiza, also a saxophone player. His talent with the instrument allowed him to play with different orchestras around the state of Sonora when was just barely a teenager. By the time Armando was 18 years, old he went on to Mexico City to start what is now considered a brilliant career that has given him the international reputation that we now enjoy. Armando saw and had the pleasure of being able to play in the great golden era of the orchestras in Mexico, which led him to eventually become the Arranger/Band Director for the orchestra of the great Jose Jose. The artists he has worked with are many, including Marco Antonio Muñiz, Vicky Carr, Yuri, Eugenia Leon, Tony Bennett, Natalie Cole, Roberta Flack, among others.

In the 80’s he got to be part of one of the most important international song festivals, the “OTI”, during several editions in several different countries. But his dream always was to come home to Rocky Point and build his own business, as an ideal spot to play the music he wanted, while watching the greatest sunsets his beautiful ‘Puerto Peñasco’ offers every single day without exception.  The dream became a reality once he and his wife, Iva, finally started building a restaurant. With help from friends, family and local constructors The Lighthouse Restaurant was up and ready to go! And 13 years later, after many special and emotional events, including his own son’s first public appearance as a musician, Armando and Iva Noriega are still the proud and happy owners of their ‘Lighthouse’.

As a Jazz musician, Armando Noriega has represented Mexico internationally, taking his talent to the highest levels, giving prestige and recognition to Mexican musicians. The famous “Kennedy” makes a gale of righteousness with his saxophone, conveying a creative freedom that only a musician can have. His participation is always appreciated in Jazz festivals around the country.

In the international Jazz festival “Jazz By The Sea”, Rocky Point paid tribute to one of its most brilliant sons, creating one of the best events in the region, bringing in great groups and talents such as “Turiya Mareya” Latin Jazz Band from San Diego, California, “Touring Point” from Phoenix, Arizona, “Beta’s Ballet” from Hermosillo, Sonora and accompanying Armando was the Joao Henrique D’Almeida trio.

The Tribulation Of Montezuma