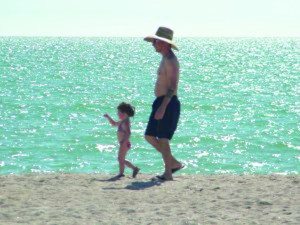 Lots of road traffic joined us as we headed out of town for the 3-day weekend, but we lost most of it at the Gila Bend turn-off.  We had most of the highway to ourselves, headed south towards the Lukeville-Sonoita border.  No running washes this time!

South of Gila Bend, the first Border Patrol stop was upgraded—it’s off the road and now only northbound traffic needs to stop, but you d need to slow down to 35mph going south.  The second checkpoint stayed the same.

We ran into a 20 car backup at the border –our side looking for “money and guns”.   Don’t cross with $10K or more, and absolutely no guns or ammunition is permitted by Mexican law.  The US is looking for reasons other than satisfying Mexican law.

About 20 cars backed up on the US side, but it was a pretty quick pass through.  Most vehicles also passed quickly through the Mexican checkpoint on a green light.  Our favorite beggars were stationed on the south side (with traffic), and some cars’ passengers obliged them.  We detoured without a back-up through the now-dry “wash” that ran high with water a couple weeks ago.  The radar gun was waiting on the other side of Sonoita, with the policeman in the middle of the road.  No worries, we’re ready for this trap, hard as it is to drive that slowly!

A Military checkpoint also stopped traffic on the main highway as we came into Rocky Point–coming up on the Caborca turnoff—which is also our turnoff to LagunaShores (in the direction of the ocean).  We slowed and were passed through. 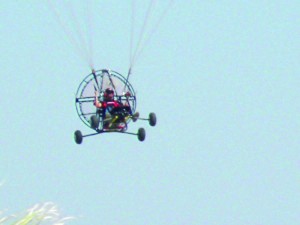 We made it to our beachfront by 7 PM and the sun was setting nicely.  Most homes weren’t occupied, and that didn’t change much over the long weekend.  Condos filled up more on Saturday.  The heat might have kept people home, or the choice of traveling to cooler climes.

The pool stayed cool and offered respite and a great place to be in the shade.  We enjoyed coffee on the shaded deck in the mornings, and sat outside for sunsets. Temps ran 87 at 8AM outside and I didn’t check it later. We kept our A/C running and closed up the rest of the house not being used.  We’ve also learned to keep the units serviced—to keep them working. We have individual units per room (and glad of it). Some of our units were better protected than others when the house was built, in roof placement.  But the ocean air, sand, breeze, and sun, –are all hard on anything outside. Ceiling fans in each room also help, but we’ve never used the two we installed on our front deck.

We didn’t go into town this time, first time in a long while. We’ll go next visit. Just wanted to enjoy the weekend and do … nothing!

One of our neighbors came down again with what I call his “flying go-carts”.  I only saw one in the air this time.  It’s really a motor-driven cart that flies using a hand-guided parachute.

The tide ran above 17’ on Friday and Saturday and dropped just below on Sunday—with high tide at early afternoon.  It was lovely—it’s always lovely watching the tide come in, then visit a while, and go out again. This is one thing I love in summer here—more high tides in the daytime –and weekends.  We’re going into a flatter tide this week.  It was a nice weekend—at least at LagunaShores.

A First Time Guest to RockyPointWill be Returning

An office colleague spent his first weekend ever in Rocky Point—and he stayed with his family at Sonoran Spa on Sandy Beach.  They loved Rocky Point and this beach and will be returning.  We’ve been exchanging insights and I’ve shared a few editions of “The Rocky Point Times”.  His border crossing was slow—there was a backup, and they left not much later than Monday morning check-out.  (I forgot to tell him about that!)  But his family kept the street vendors happy, as they purchased a number of goods being hawked from the sidewalk and street.  He also got his windshield washed–said it was worth it too—all those bugs from the drive down!  I did warn him about wind shield washers, beggars, street sellers, check points, the detour—and radar guns through Sonoyta.  Sri’s family loved Rocky Point and the Sea of Cortez and they will be returning soon.

And we’ll be returning again too–after the thermometer drops a bit more.