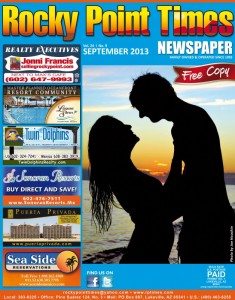 As you have probably noticed by now there was no Editorial in last month’s edition of the Rocky Point Times. In the 21 years we have been publishing the paper, that has never happened and I apologize, but was unable to pen my thoughts due to 30 days in the hospital, 3 surgeries and numerous complications with my overall health over the past two months. I am currently on the mend and I hope to be back in action soon.

Most of you know I was diagnosed with prostate cancer over 12 years ago and have been very open with our readers. What I have been through these past 8 weeks is far too long for this Editorial, but I feel I owe it to our readers to give you a very brief synopsis: It all started with a stomach ache back in June, though I didn’t know that I was ill until Sandy and Lannette rushed me to the Phoenix VA Hospital in the wee hours of July 13th. I don’t remember the ride due to the intense pain I was in but Sandy tells me I was hitting my head against a cup mumbling the equivalent of “putting a horse out of its misery”. It turns out that my “stomach ache” was actually part of my bowl dying (or dead) due to lack of blood supply. The surgeons removed the dead bowel, stitched me back up and less than a week later I was headed back home. Or so we all thought. On the eve of my release from the hospital, I had another bout of “just kill me now” intense pain in my stomach and was rushed back to surgery. They opened me up, found nothing wrong and it has been a roller coaster ride ever since with ups and severe downs. It may be awhile until I am able to return to the office and I would like to thank Alicia for holding down the fort while Sandy and Lannette aide in my recovery. I would also like to thank my step-son, Robert Phipps (aka My Drill Sergeant) for driving down from Wisconsin and missing his daughter’s move into college to help me recover.

Sandy wanted me to apologize to all of our Facebook Fans. Since July 12th she has not been posting and keeping up with messages but now that I am on the mend she has time to work on that. And a big thank you to our advertisers, subscribers and readers who have been writing and emailing – your patience is greatly appreciated. And once again I apologize to everyone for keeping you wondering what in the heck was going on. 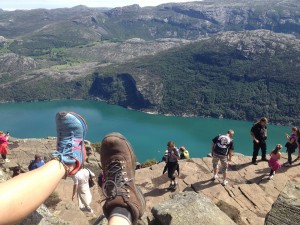 I will keep reporting from Sick Bay until I am 100% and envy all of you who will have fun in Rocky Point this Labor Day Weekend and at the 13th Annual Rocky Point Motorcycle Rally which will be held on November 8th, 9th and 10th. Make sure you book your rooms today! If you haven’t been to Rocky Point in a month or longer you will notice that Calle 13 is torn up and will be getting a whole new look so if you are going to our offices you will have to jog around a bit where the road is closed off.

While I was in the hospital Sandy and Lannette ran into Mark Mulligan and family at the hotel where they were all staying, and he said he will be in Rocky Point for one night only on October 4th at the Caribbean Parrot at 6pm. The Caribbean Parrot is located on Sinaloa across the street and down toward the beach from Reggie’s 8/12. Mark is a fantastic entertainer, so if you haven’t seen him live before you won’t want to miss him.

One last thing Sandy wanted me to announce: She is starting a “Rocky Point Feet” Photo contest. We want pictures of Rocky Pointer’s feet in unique locations around the world. Pictured here are Bob and Eila’s feet, 600 meters above the fjord@ Preikestolen, in Norway.

So, that ends this month’s report from Sick Bay. I Hope to be writing the next Editorial a little closer to home and I would like to thank everyone who sent their well wishes and prayers – please keep them coming.