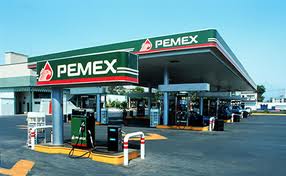 Pemex gas stations will unveil a new look next year in preparation for 2017, when its franchisees face competition for the first time.

Some measures have already been implemented, including a training program that will eventually reach more than 26,000 managers, supervisors and sales staff, Lozoya said.

“That’s a very new way to talk about a company that has been an untouchable Mexican crown jewel for nearly eight decades,” opined a blogger at the Financial Times.

Lozoya has said that the company’s network of 10,900 service stations, which serve a country with 25 million automobiles, must not only offer the highest quality fuel but also top-of-the-line service to more demanding customers.

Last December’s energy overhaul allows private players into Mexico’s oil industry for the first time since it was nationalized in 1938.

But how to sell its new image looks as tricky as marketing Marmite, the British tar-colored yeast extract loved and loathed in equal measure, writes Financial Times.

Pemex has recently worked with Ogilvy Public Relations on its image, but don’t expect a new logo to replace its emblem of an eagle and a drop of oil in Mexico’s green, white and red colors, said Rolando Galindo, investor relations manager for Pemex.

“The logo is the last thing I’d change,” agrees Julio Madrazo, a Mexican consultant. “Branding is not just about changing the logo. A true brand becomes a culture – it’s the experience. [They need] a whole different corporate culture.”

Milesi told the Financial Times that he fears Pemex is not proactive enough in overhauling its image.

“I don’t think they realize the importance of reconquering the hearts of Mexicans – or can see business opportunities,” he said.