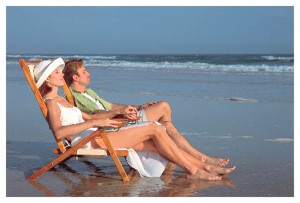 International tourism numbers are way up for the first eight months of the year, according to Bank of Mexico statistics.

The Tourism Secretariat said in a news release that international visitors totaled 19.3 million during the period, up “a significant” 19% over the previous year. Total spending came in at US $11.1 billion, which was up 18%.

Just under half those visitors – 9.3 million – arrived by air, an increase of 10% over last year.

The average expenditure by visitors during the first eight months was estimated at $861, up 10% from the $780 recorded during the same period in 2013.

Mexico is one of the top 15 tourism destinations in the world, according to the Mexico Tourism Board, and received 24.2 million visitors last year.

One airline that has seen a big increase in traffic to Mexico is Lufthansa, which is forecasting that it will finish the year with a 50% increase in passengers traveling between Germany and Mexico.

The airline said economic improvement in Mexico and the initiation of a new route from Munich are contributing to the growth.