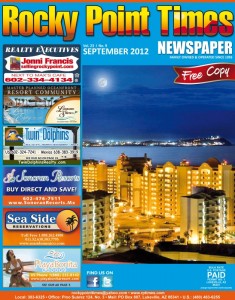 I think that the statute of limitations has run out, so I can tell the story about an incident that happened to my neighbor and good friend, and took place here in Rocky Point many, many years ago. His name was Joe, and he (RIP) passed away a few years ago. It was way past midnight and Joe was on his way home to his R.V. Park. He had been partying with friends at the cantina at the Hotel Villa Granada. He was driving his brand new Lincoln Town Car, when it apparently got stuck on the dirt road. Being so late and nobody out and about and too far to walk home, Joe decided to take a nap and await help. A few hours later he was awakened by a bright light, beaming down on the car. His first thought was U.F.O.’s. He jumped out of his car, and with a totally illegal 22 pistol, fired at the light, which was beaming larger and larger. In seconds he realized his predicament and jumped back away from his new Lincoln and watched a freight train t-bone his car. He had high centered his car on the tracks. Luck was with Joe that night, besides not getting killed, a good friend of his had witnessed the collision and recognized Joe. The friend promptly took him away from the scene and gave him transportation out of the country. The new car was totaled and there was a rumor that there was a $2500 reward for the owner, for disrupting interstate traffic. Joe didn’t come back for a year. 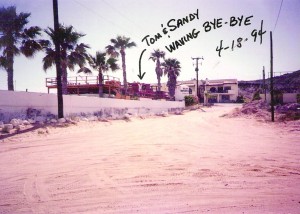 I was reminded of this tale just recently. I was driving north on the main Blvd. Benito Juarez, approaching the railroad tracks just south of Calle 13, there was a pick-up truck stopped at the first stop sign. He sat there a few seconds and then stepped on it and went through the second stop sign, just across the tracks. I then did what I always used to do, and that is I followed his tail lights. Just as I was right on top of the tracks, I heard a loud whistle, looked to my right and there was a train about 20 yards away. It was way too close for comfort. Lucky for me it was going very slowly. I punched my gas and got away…fast! Later, I was telling the girls in the office about it, and they said that there have been several accidents there at that crossing. This R.R. crossing doesn’t have flashing lights or bars and as I mentioned earlier, there are 2 stop signs, one for the train, the other for cross traffic. I have seen people running the second (most northern) stop sign many times over the last 20 years. I guess my point is, don’t you do what I did. STOP at ALL RRX, and look both ways before you cross, as we don’t have signals and warning lights to tell you when a train is coming.

The Rocky Point Times office gets many calls requesting the PUBLIC BUS schedules from Ajo to Phoenix. The following is for Ajo Transportation. Fares are $8.00usd (or with your senior citizen discount $5.50) one way from Ajo to Phoenix. The buses leave 5x/day, Monday through Friday, from the office on Hwy 85 and 6th St. in the center of Ajo. From Ajo the bus takes you to Desert Sky Mall on 75th and Thomas. Monday thru Friday it leaves Ajo at 2am, 6am, 8:45am, 12 noon, 2:25pm and Saturday 7am and 11am. Closed on Sunday. Telephone (520) 387-6467. PRIVATE SHUTTLE SERVICE is available from Head Out to Rocky Point (602) 971-0166 for Phoenix/Rocky Point OR from Rocky Point Rides (520) 207-0532 for Tucson/Rocky Point.

One day last month, when I walked into my office, I was surprised to find two brand new books on my desk. Many times I will find used books have been set on my desk. My friends read them, then pass on for me to read. But these were new, and had been given to me by the author, Kerry Ross, a local who divides his time between Scottsdale, AZ and Rocky Point. Kerry is a musician and writer, his two novels are Scottsdale Blues and Peñasco Blues. Being an avid reader, I jumped right in and started reading Peñasco Blues, a Lenny Clapton Mystery, that very night. I enjoyed the book, and found Peñasco Blues to be very entertaining, as the story references many local places here in Rocky Point. Martin, owner of Pollo Papago here in Rocky Point, had even sent Sandy a note on Facebook about the mention of his restaurant in the book. For details on how to get a copy, check out Kerry’s ad in this issue. You can purchase the book now, and I think it’s available @ Book Country and Amazon. Google Peñasco Blues.

Our 34th bi-annual 4×4 El Golfo Run is coming up next month. Mark your calendars for Friday-Sunday the 26th-27th & 28th of October. Sandy makes all the reservations, and you pay when you arrive at your hotel/motel. Everyone is welcome. It is just a very fun weekend with a bunch of very fun people. Sandy usually schedules a “Survivors Dinner” for sunset time on Sunday when we return to Rocky Point. If it’s been on your ‘Bucket List’, do it this year. Next trip after this, will be May 2013. Email Alicia at rockypointtimes@yahoo.com or phone (011-52-638) 383-6325 or VOIP (480) 463-6255, to get your name on the list.

Last month I told you about having problems with my satellite TV, and planning a “Q & A” session here in my office for others like myself, who had questions. We had the first ‘clinic’, and quite a few people were helped, me included. Now we have another planned for this month. It will be Friday, September 21st, from 2PM until 4PM, right here at our offices. Bryan Blow, a satellite TV pioneer, and expert, will be here to answer your questions and help with any problems you might have. You don’t need to call ahead, just mark your calendar, and show up. Bryan will be happy to help you. 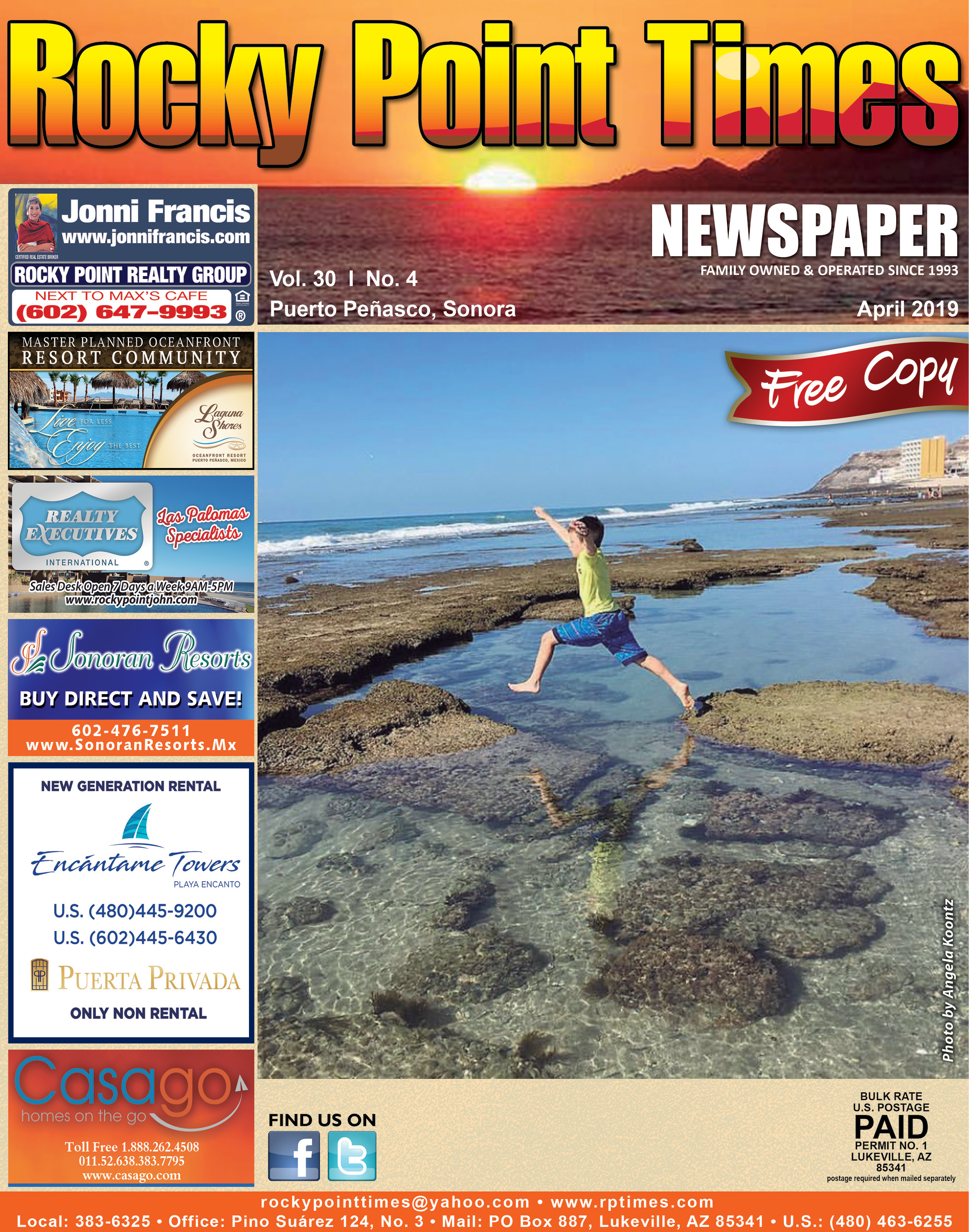 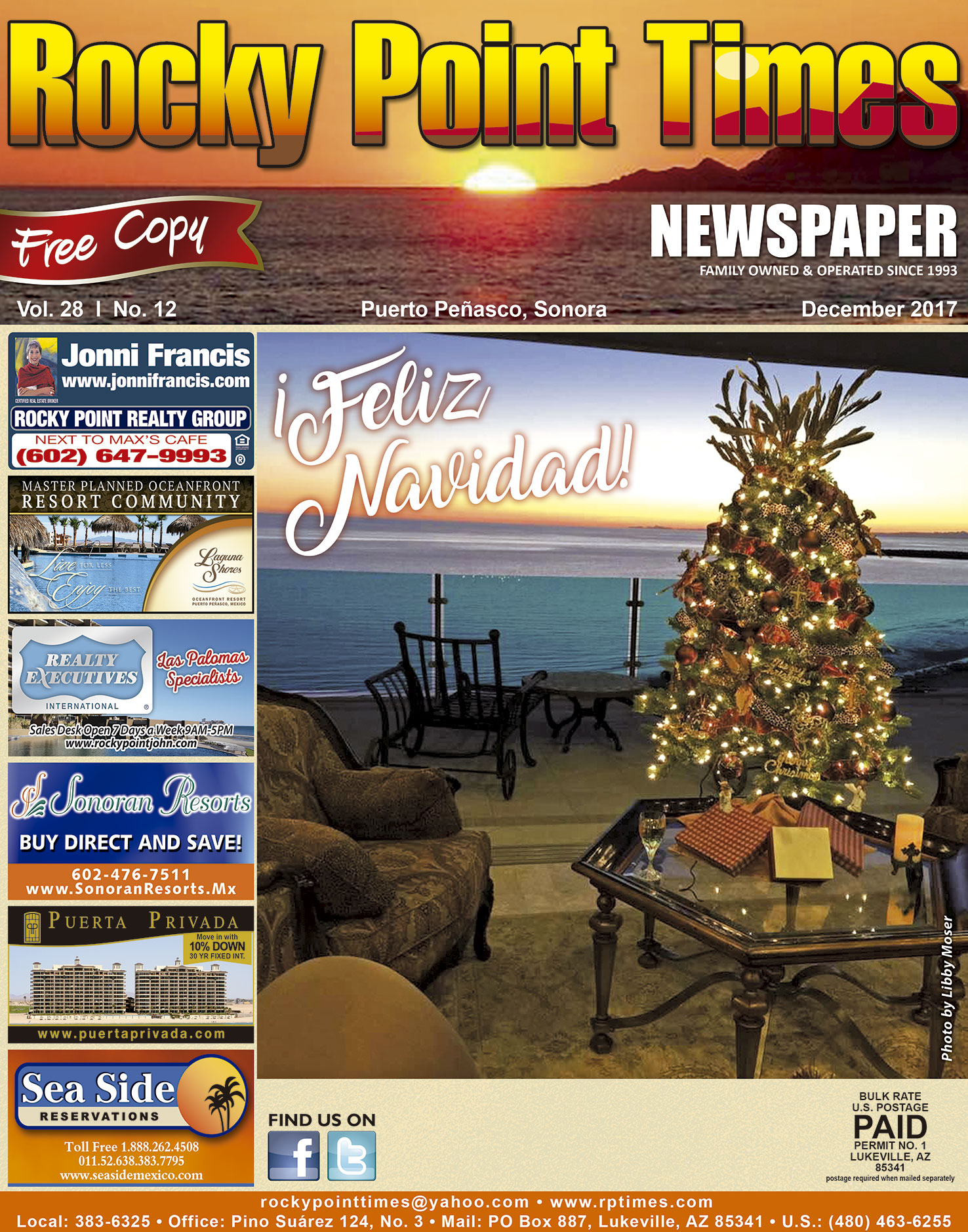