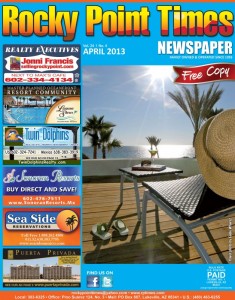 I’ve said it many times in my Editorials over the last 20 years, “Never a dull day in Paradise”. It’s true! Even if you are a couple of hundred miles away from Rocky Point, it happens. A few weeks ago, Sandy and I were on a getaway weekend to Lake Havasu City for some R + R, when we got an emergency phone call from our neighbors in Club Lomas Campestres, AKA the Ranchito. The problem was that bees were swarming by the hundreds all over the front porch of our casa, and by the thousands on the roof (It was just a guess estimate). After several phone calls, the decision was made to call the fire department (bomberos) first. They agreed to come to the rescue, if someone would pay 100 pesos for gas and 40 pesos for detergent to mix with water. Only $140 pesos, less than fifteen U.S. dollars, and the round trip to the ranchito is about twenty five miles, which I thought was an unbelievably low price. Two days later, when I returned to Rocky Point, there was still some puddles of water and a lot of floating bees on the ground.

When I went up on the roof, which is like a big patio deck, I saw bees going in and out of an uncovered electrical outlet. I called our local exterminator, Contras Plagas, who came out within an hour. They said that they were just looking to make a new home in the walls of the house, and that they were good for the environment. Well, yes, I agreed…but not at my house, thank you. We didn’t want the bees killed; we just wanted them to go find a new home somewhere else. What they (Contras Plagas) did was a don a bee proof suit and they sprayed something into the walls to force the queen bee to fly out and look for another place. Whatever chemical they used, it worked. In the morning, the bees were gone. 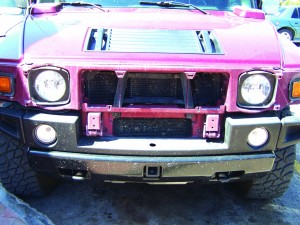 For another, “Never a dull moment in Paradise”. Just last weekend, we were sitting on the patio of Balboas Restaurant, on a perfect Sunday morning, having a great breakfast with our nephews who were visiting (partying!) from Phoenix. We were all enjoying a Balboa’s Bloody Mary, while overlooking the marina, when someone walked up and asked, “Do you own a Hummer?” We said, “Yes, why?”, and we were told that it had been hit by another truck out front. When we went outside, there was the entire front grill laying on the dirt right in front of our truck. Seems a lady trying to park in front of us clipped the left front fender just right and it was enough to shear-off the pins for the grill assembly and lever the entire grill away from the vehicle. The driver, who is a resident of both Rocky Point and Phoenix, and had brought her son for a nice sunny breakfast at the Rocky Point Marina, said she was so very sorry. She has been driving for over forty years, with never a ticket or an accident. When we exchanged our information, she looked at our names, and said, “I thought I recognized you. You are the Rocky Point Times. I love your paper, and I have always wanted to meet you!” What a way to meet! True story, believe it or not. After introductions, we then went back to finish our breakfast and enjoy the view. Just another day in Paradise. 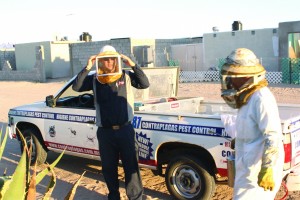 At least five to six times a year we have friends and family come to Rocky Point for a week or weekend of fun and games. Each time we seem to always have the same problem, a lack of communication. An example being this past weekend, staying at the Ranchito, I had two nephews and their two friends, in three trucks. They had other friends of theirs from the States staying at a three bedroom rental in Bella Sirena Resort. Problem being that only one of them had a U.S. cell phone that worked here in Rocky Point. As it has happened many many times throughout the years, a situation developed where someone needed help. Two of the guys got their truck buried in the sand out by black mountain and had to walk quite a ways for help, which they did find and were pulled out. There had been another time, when about 4:30PM one of the guys (see a pattern here?) had gotten stuck on the beach past Playa Encanto, and their rescue vehicle had run out of gas. It took phone calls from Mexico to Las Vegas, to Arizona, and back to Mexico for help. Being the person to relay the information and directions to the rescuer, I finally got back to bed after midnight. The solution to the problem is a Mexico cell phone, you can buy a cheap phone at any OXXO store for about $200 pesos, (under $20dlls) and charge cards with any amount from as little as $20pesos up to $500 pesos. You have up to six months to use the time. I think my nephews now realize it’s an inexpensive investment, and they plan to buy one for each truck.

Correction; I wrote in my last editorial that you can bring seven kilos of cat food into Mexico. I was wrong; you can only bring five kilos. AND, just some random information: Yes, there is a helmet law for ATV/motorcycle riders in Rocky Point. Yes, you pay your city and federal zone property taxes on Blvd Kino at the old Rocky Tile building. Yes, shrimping is still active, as I write this editorial. The season is from September to May, but has been shortened in the last year or so to prevent over shrimping. Yes, you can ‘Like’ our Rocky Point Times Newspaper Facebook Page, and get all our posts about the many events coming for April. Lots and lots of things going to be happening soon, including the 15th Annual Triathlon, right here at Las Palomas Resort, Bathtub races at JJ’s Cantina in Cholla Bay, CBSC Horseshoe Tournament in Cholla Bay, a couple of big volleyball tournaments on the beach, and another One Club Open sponsored by Baja Hotel and Cantina in the Mirador. Oh, Sandy says don’t forget the rummage sale for the Cholla Church project April 19 & 20.

I am very sad to tell you that Monroe Riddle passed away on March 23, 2013. He was a friend for many years; he was a man who has affected many lives here in this town. He will be truly missed. 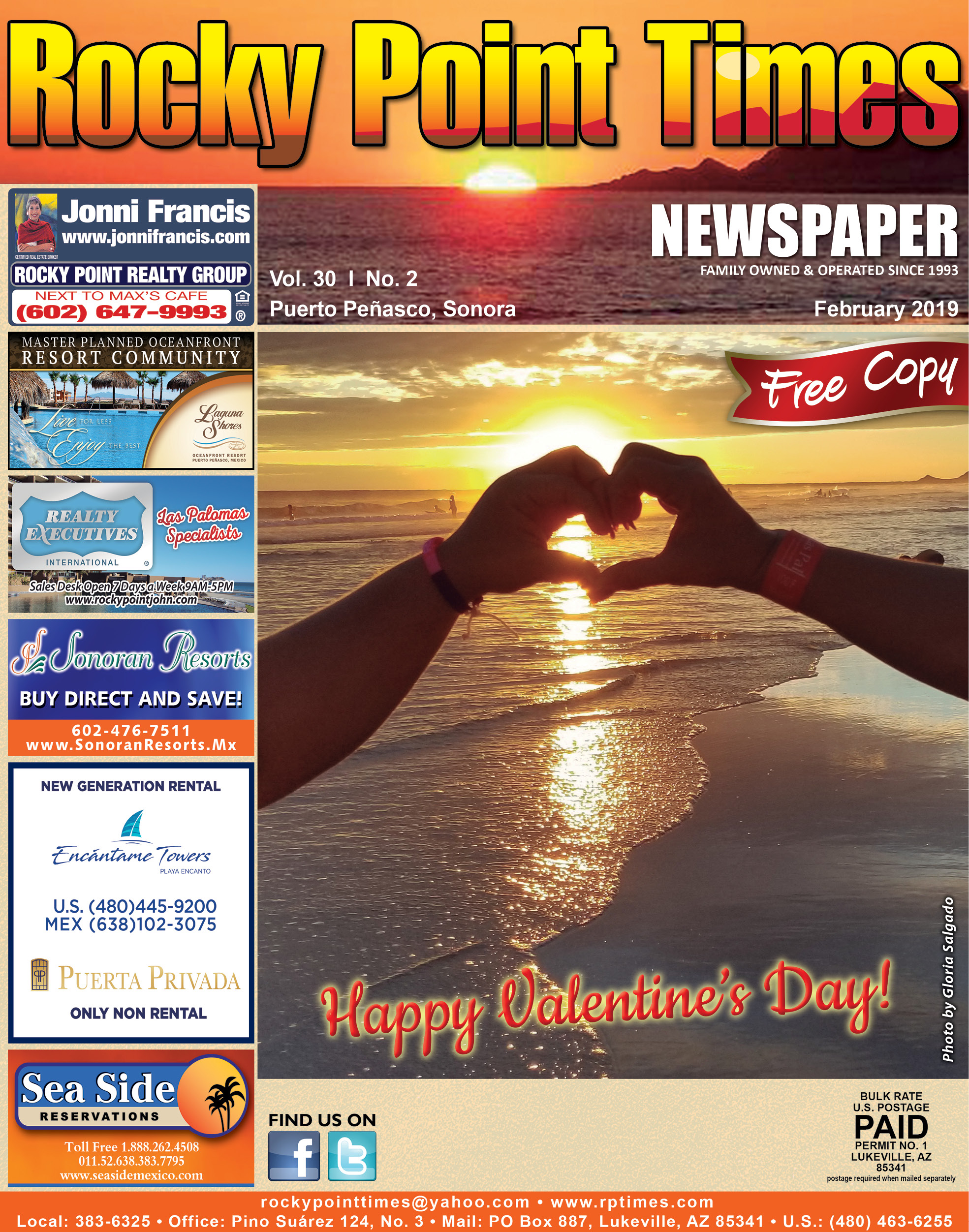 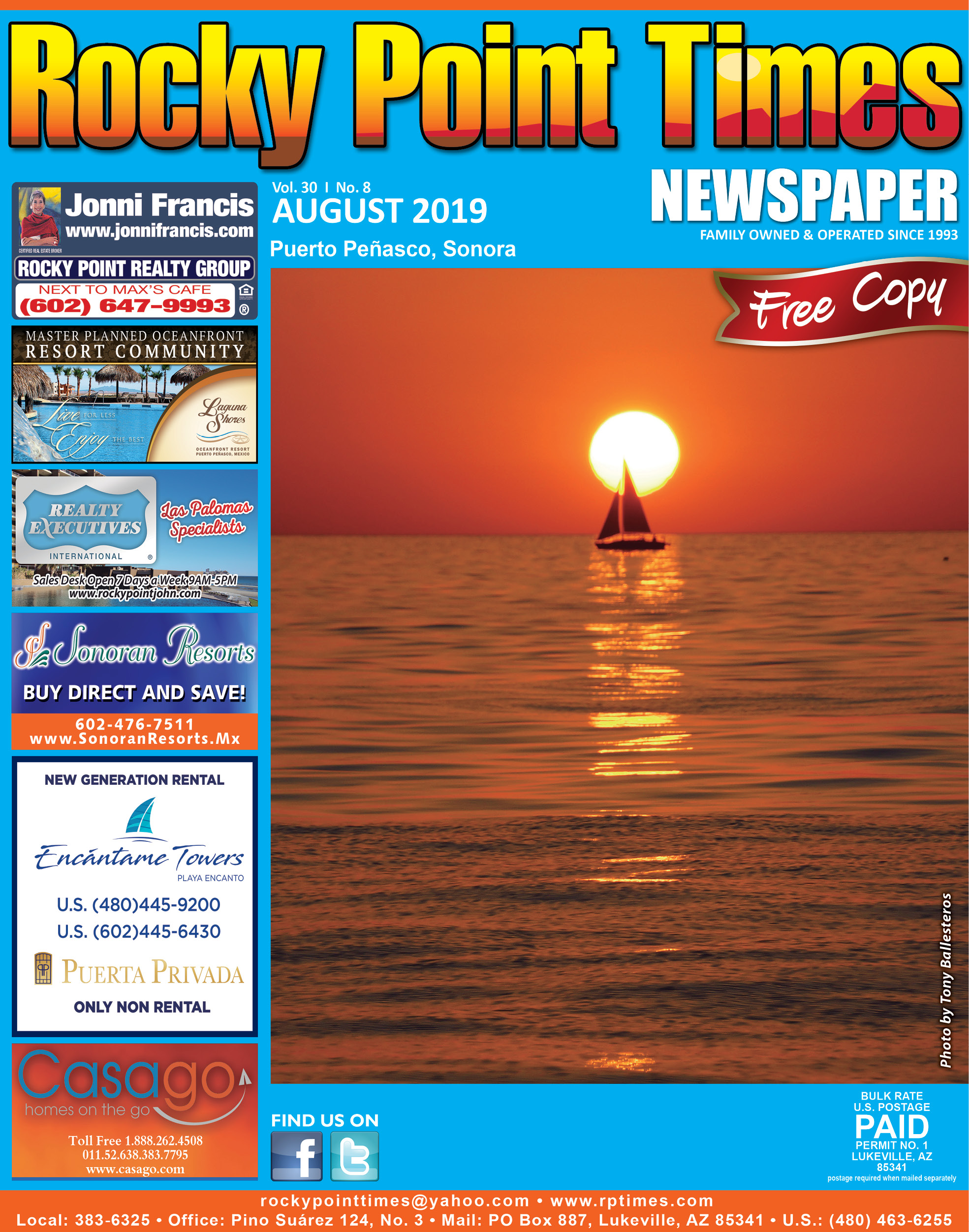 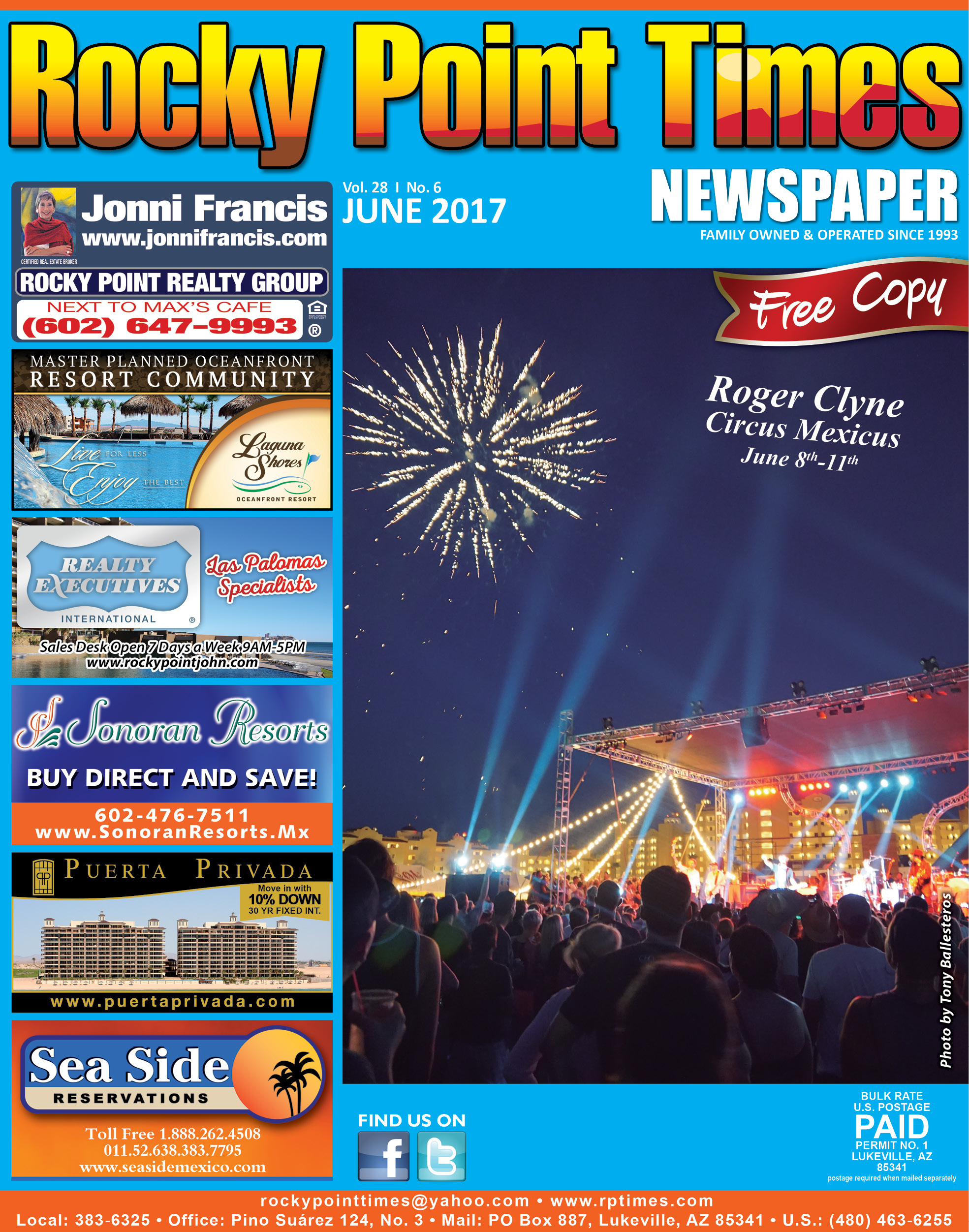