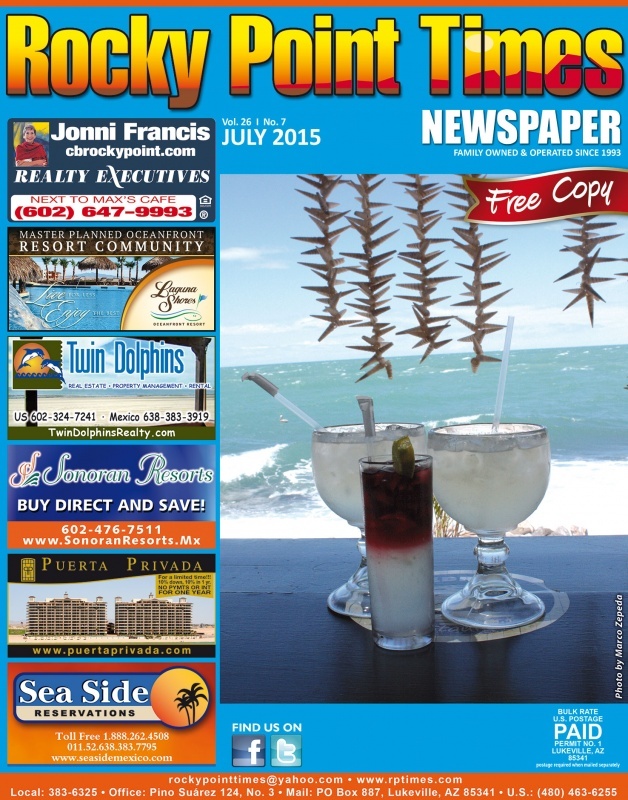 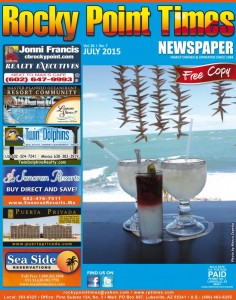 This month’s cover photo is by Mario Marco Zepeda, our star account executive. He took the photo when we were in Old Port at Pedro’s, which is at fish markets on the water. He has been searching, and trying to capture the perfect shot for a year now, and he hit the ‘nail on the head’ with this one. ALSO, in this issue is Mario’s very first attempt at writing. We didn’t even know he was thinking about it. Be sure to check Mario’s story about our annual Cabalgata, just look for the photos of the horses.

Where to start? Where to start? So many things going on in Rocky Point, so much has happened and so many things coming up – this is getting to be a full time job keeping up! We didn’t get into this business to work all of the time, as evidenced in Tom’s July 1996 Editorial. I do believe that Sandy’s Birthday celebrations that year were some of the most memorable times – it was 2+ weeks of friends, family, ATV’s (ATC’s back then), partying, hitting the beach, boating to San Felipe, train station tacos, Playa Bonita Happy Hours, JJ’s Cantina cherry bombs, lunch and drinks at Manny’s, dinner at Margaritavilla and sunsets at La Casa del Capitan. I could go on, but a lot of you remember those days and still have quite a few of your own. Reading old Editorials brings back some great memories of fun and people and places no longer here.

We found a treasure at the bookstore, Shakespear Librerias, in Old Port next to the Thrifty Ice Cream, across from the church. A BRIEF HISTORY OF PUERTO PEÑASCO by our friend Guillermo (Memo) Munro Palacio. It was published in 2007, and Mom had seen it years ago, then a friend ‘loaned’ her a copy, and we found a supply. We posted on our Facebook Page and many copies have sold in the last week, so hurry over.

Okay, wow so here we are in July now and we are very much looking forward to the 5th Annual Casino Night for charity at the Sonoran Sky on July 4th starting at 7:00 PM. Break out the ball gowns and black ties (or the Levis and cowboy boots) and come have a great night of local casino action. It will be lots of fun. There is no dress code…you should know that by now! Tickets are $35 and include a buffet dinner, raffle ticket and $300 in chips. Feel free to deposit them in my pocketbook on your way in because I am taking down the house! Woohoo! Craps anyone? 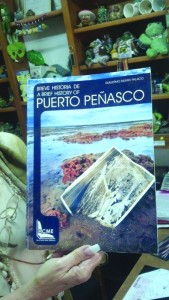 I know a lot of you come down for 4th of July celebration and just can’t help stopping at the fireworks stands around town. Make sure you give Red Cross a donation at their offices on Fremont, or when you see them on the road, so that they can come fix you when you blow something off. Just a warning to be smart and be careful and watch your children and pets. Fireworks do not always shoot up in the air like they are supposed to, and the fuse doesn’t always give you enough time to run a safe distance, so be smart and be safe. For those of you who bring pets, please remember that they are in a strange place and with all the noise that fireworks make they sometimes want to bolt when they are scared.

Having the luxury, most of the time, to leave Mexico on any day of the week, I have no idea why I picked a Sunday. And it wasn’t even the Sunday after Roger Clyne and The Peacemakers took over the town – that was a Monday I left and YES a line at the border. Ugh. Monday was only about a half hour wait while the Sunday was well over an hour in the afternoon. It is time to start planning your trips wisely and come early and stay late or leave before you have a line up at the border. The Sonoyta police are still…years later…cramming traffic into 3 lanes where only 1 exists so those who have been waiting in line for an hour or more get really pissed off when people start riding up the right hand lane cutting traffic. Please know that it is the police (99% of the time) that force traffic to use the shoulder. I can see their logic that making one line into three shortens the traffic through town, but they do not take into consideration line cutting, which most of us do not look kindly upon. I even argued with a policeman, a very friendly one, who wanted me to form a third line. I told him that there wasn’t any room. His response was sure there was…see…as he pointed to the empty spot in front of me. “But”, I said, “then everyone gets mad because we have been waiting so long and you let other people cut in front of us.” He said, “Are you mad?” I said no. And he smiled. Ah, I could’ve choked him. I’m not mad, but the person behind me is livid and I don’t want to be in the middle of lane rage. I do not see them ending this practice anytime soon so don’t be a jackhole and ride the bumper of the person in front of you. Try to merge as best you can. One car goes, one car comes in, one car goes, one car comes in. See?, simple. Yes I get mad too, but I understand it is not the driver’s fault when they are being instructed by the police But once you are in that position try to have consideration for the person to your left who has been in line maybe an hour longer than you. I think you can be kind and merge behind me instead of squeezing in front of me. Oops, I slipped from third to first person there. My bad. Internet is everywhere now so you can check border wait times before you leave Puerto Peñasco by logging onto www.bwt.cbp.gov. 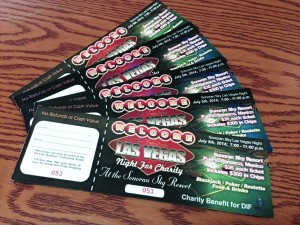 As you know already, if you’ve been to Rocky Point in the last month, we have more construction going on north of town where the Coastal Hwy#3 crosses Hwy#8 (a new overpass), some of the streets are being worked on, some are being completed. We have a beautiful new monument going in at the boat launch, on the right, as you enter Old Port, we have new restaurants and shops. Ah, so much to do, so little time.

Be safe out there and STAY COOL! 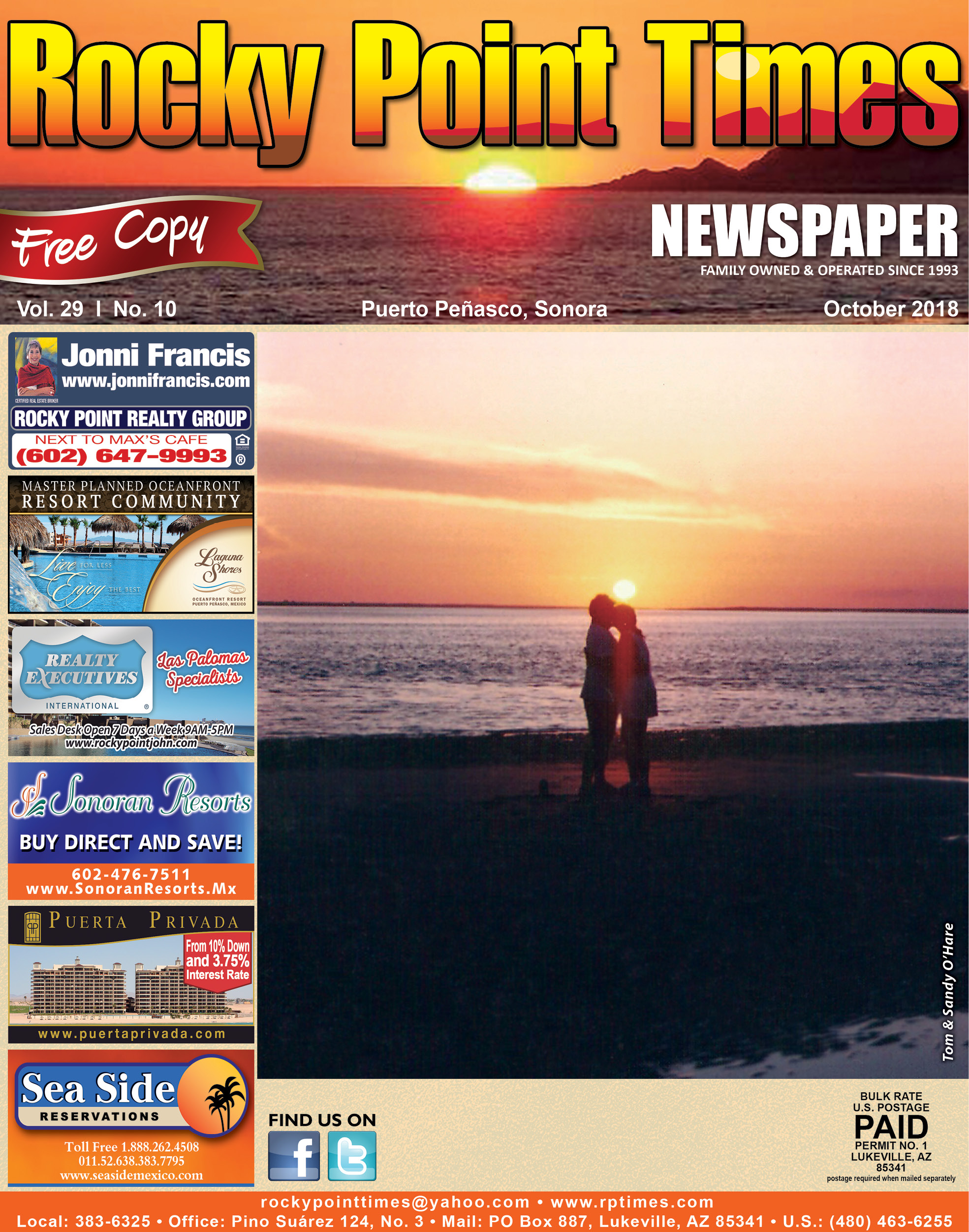