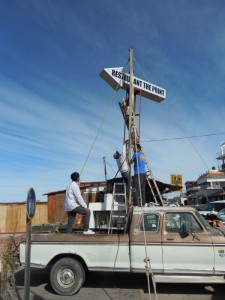 How many sign workers does it take to put-up a sign?  Well, if the job is being done on the Malecon, it’s difficult to say.
While meandering through Old Port during one of my frequent visits to Rocky Point, I came upon a cluster of workers busily engrossed in their task of the day; fabricating and erecting a new illuminated sign for The Point Restaurant.

In what has to be described as a prime example of “Mexican Ingenuity,” a group of laborers were intently constructing and hoisting a new sign atop a 20 foot by 12 inch rectangular boxed framed pole, situated at the entrance to The Point.  Not a particularly difficult endeavor – under normal circumstances. However, such seemingly ordinary projects usually involve different approaches and solutions in the Land of Mañana.

The marked contrast between the U.S. method of sign installation and similar commercial assignments in Puerto Peñasco is like comparing the Internet to the early telegraph:  Each get the job done, but it all depends upon how much time it takes.
In the U.S., the sign would probably be assembled off-site and trucked to the desired location to be set in place.  If the sign is particularly large, on-site assembly may be required.  The installation area would be cordoned-off with numerous safety barricades and a crew attired in brightly colored vests, white helmets and hard-toed boots.  At least three supervisors, clutching clipboards and GPS equipped laptop computers would be seen scurrying about.  On command, a mobile crane or boom truck would lift the sign into position, then quickly secured to its mounting base.

After attaching the sign, pre-wired electrical connections are mated to each other.  Following testing of the wiring and making sure everything is properly functioning according to code, the sign installation would be approved and okay’d for use.
In Rocky Point a distinctively different procedure is followed.  From my observations, installation of The Point sign was somewhat more involved, though less complex.  Actually, “engrossing” is probably the appropriate term.

For starters, there were no barricades or orange reflective cones, safety-vested workers, hardhats or GPS laptop toting bosses.  I didn’t see a single hydraulic hoist truck in sight.  Likewise, I couldn’t factually determine if some kind of required construction and electrical code was being complied with as everyone seemed to have a different opinion on resolving the primary problem:  How to affix the sign to the top of the structure when the homemade hoist is too short for the job?

Normally, a longer reaching crane would be obtained, but this wasn’t a normal job.  Besides, it’s Mexico – work with what you’ve got.

Anchored to the ground by several ropes, a four inch square steel tube, standing vertically in the back of a 1974 Ford pickup, served as the primary hoist vehicle for the project.  Welded to the top of the hoist tube was a shorter outstretched arm, fashioned with a pulley, pull chain and secondary strap.   Dangling beneath the pulley, of course, was the sign.

Shaking my head in disbelief, I suddenly realized this convoluted moment had to be preserved for future generations.  To record the momentous occasion, I gingerly plopped my skinny butt upon a convenient bench, retrieved the trusty Nikon and proceeded to snap a few photos; an event of historical recognition, worthy of being documented with photographic evidence.

All went as planned until the sign and third section of the framework was lifted onto its final position.  Then, whoops!  A slight miscalculation – the hoist was about ten inches too short to complete the lift.
Now what?

After multiple discussions, strategy breaks and readjustments to the pulley, chains and straps, the sign was finally lifted sufficiently high to allow the outside bottom edge of the support frame to be tilted several degrees and carefully swung onto the lower frame.  After temporarily tack welding into place and securing the awkwardly resting apparatus, the pulley and chain were moved out of the way and the sign was gently pulled by a single strap to its final upright position.  Additional welding ensured a firm and secure attachment.

One thing I’ve come to expect when journeying to Rocky Point – never underestimate Mexican know-how.  Even when it seems insurmountable obstacles may prevent successful completion of a particular situation.
Like similar construction projects in the United States, a job in Mexico may take a little longer than originally expected.  Actually, it might take until mañana, or mañana, mañana!!! 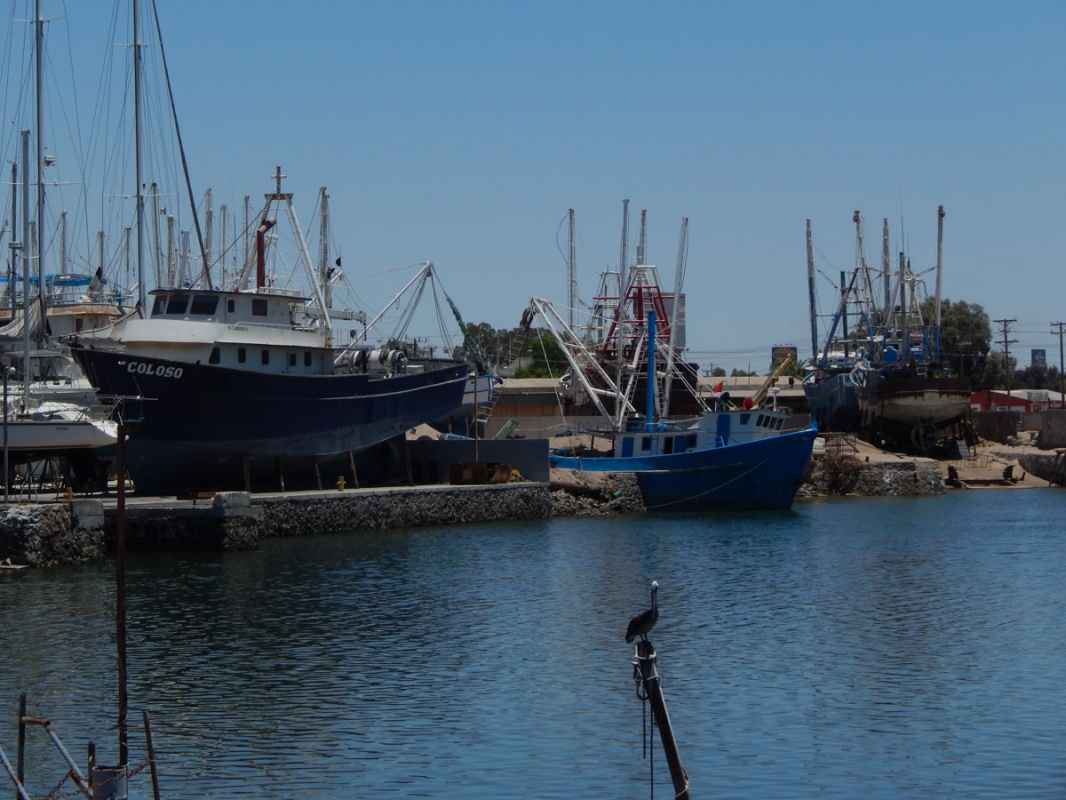 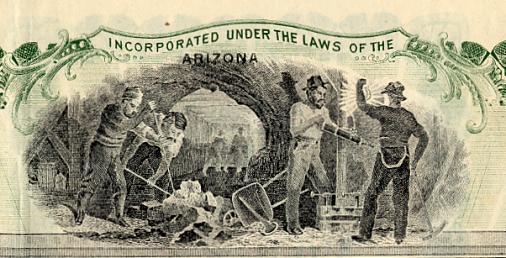 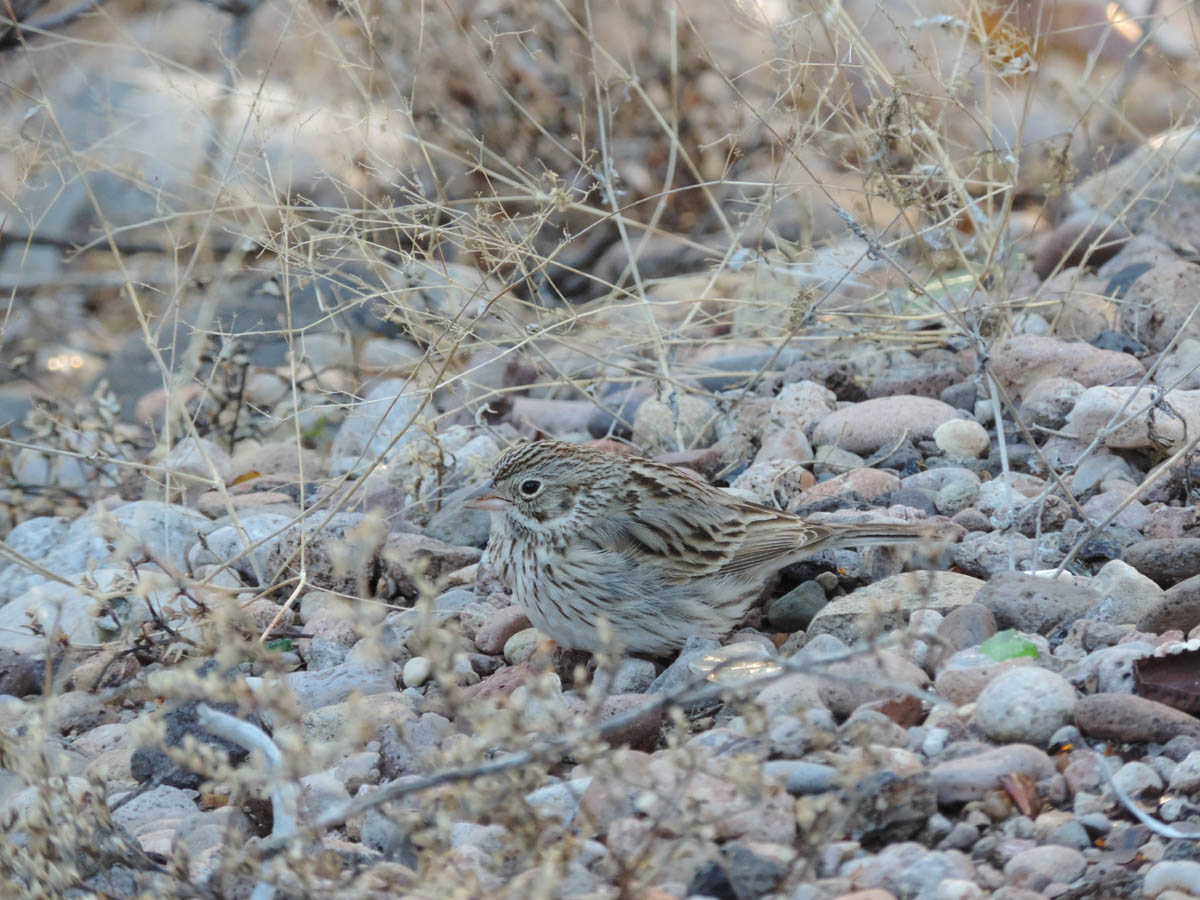