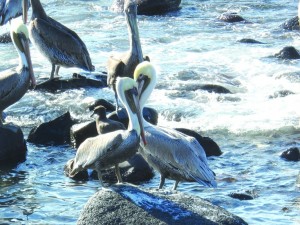 I’ve often wondered what pelicans discuss when cloistered in small groups. Do they talk about contemporary political shenanigans or last night’s soccer mismatch or tomorrow’s weather or the sorry state of entertainment on nightly television? Maybe they rehash the good old days when their ancestors nonchalantly cruised the Sea of Cortez, diving into plentiful schools of fish and surfacing with bulging pouches of tasty herring, sardines or other small morsels.

No fishing boats to compete with and no fishing restrictions to worry about.

Those were the good old days.

So, when I spied a couple of Brown pelicans locked bill-to-bill on a large rock beneath Flavio’s Restaurant, I immediately began to wonder what could be provoking such an intense confrontation or conversation. The area was crammed with gulls and pelicans, but why were these two dudes in an apparent face-off?

Fortunately, Mario, a long-time waiter at Flavio’s in Old Town, is fluent in pelican lingo. In fact, Mario is considered one of the world’s premier pelican interpreters, capable of deciphering the peculiar phonic characteristics of the Brown pelican as well as gull, osprey and other coastal birds. His avian linguistics are universally in demand and he has even spoken before the United Nations on the dangers climate change is having upon the salinity of sea water and resulting abrasiveness affecting the delicate balance of the pelican’s mucus membrane – vocal chords.

After several moments of viewing one of nature’s unusual events, I asked Mario to tell me what the two birds were saying to each other, thinking it would make an informative article for the Rocky Point Times. Mario agreed, and the following dialogue, as reported by Mario, took place.

In the interest of keeping it simple, I’ll simply tag the pelicans Francisco, on the left side of the picture, and Roberto on the right.

Roberto: “Hey, Frank, I’m getting a little tired of you sticking your big nose into my personal business. What Rosie and I do is none of your business.”

Francisco: “Except I’m making it my business because Rosie is a nice girl and I don’t think she should be hanging around a ne’er-do-well like yourself.”

Roberto: “You’re calling me a bum?”

Francisco: “That’s right. You don’t do anything all day but fish, eat and sleep. Rosie deserves someone with a little more stability and ambition.”

Francisco: “Yeah. At least I have a full time job at the harbor standing watch over the fishing fleet.”

Roberto: “I wouldn’t call squatting atop a fishing boat’s mast a full time job. More like waiting around for a handout because you’re too lazy to catch your own fish.”

Francisco: “The Harbor Master hired me because he felt I had the best credentials and experience for the position.”

Roberto: “Don’t make me laugh. You know, I know and everyone knows the only reason you landed that gig was because the Harbor Master is your uncle. Otherwise, you’d still be begging for scraps.”

Francisco: “Not true. I graduated with honors from the Puerto Peñasco Technological University with a degree in Harbor Security Management.”

Roberto: “You graduated from PPTU?”

Roberto: “No. I’ve probably got one just like it at home.”

Francisco: “You have a PPTU degree, too?”

Roberto: “Yes. In fact, I have several.”

Francisco: “I don’t believe it. How could you have a college degree when you’ve never gone to school?”

Roberto: “That’s easy, I enrolled online. Besides, Rosie works in the graphic arts department at PPTU and she designed and printed them up for me. I think it was some kind of class assignment to familiarize students with MSWord Perfect or Office or something.”

Francisco: “Maybe. But I bet your graduation certificates aren’t signed by the president of the university.”

Roberto: “Even better than that.”

Francisco: “What do you mean?”

Roberto: “Ever heard of Barrack Obama? He’s a Harvard law professor. The guy is amazing. He has a pen and he has a phone and he’ll sign anything and it’s all legit.”

Roberto: “Well, he says it is. I don’t think he’d lie about something like that.” 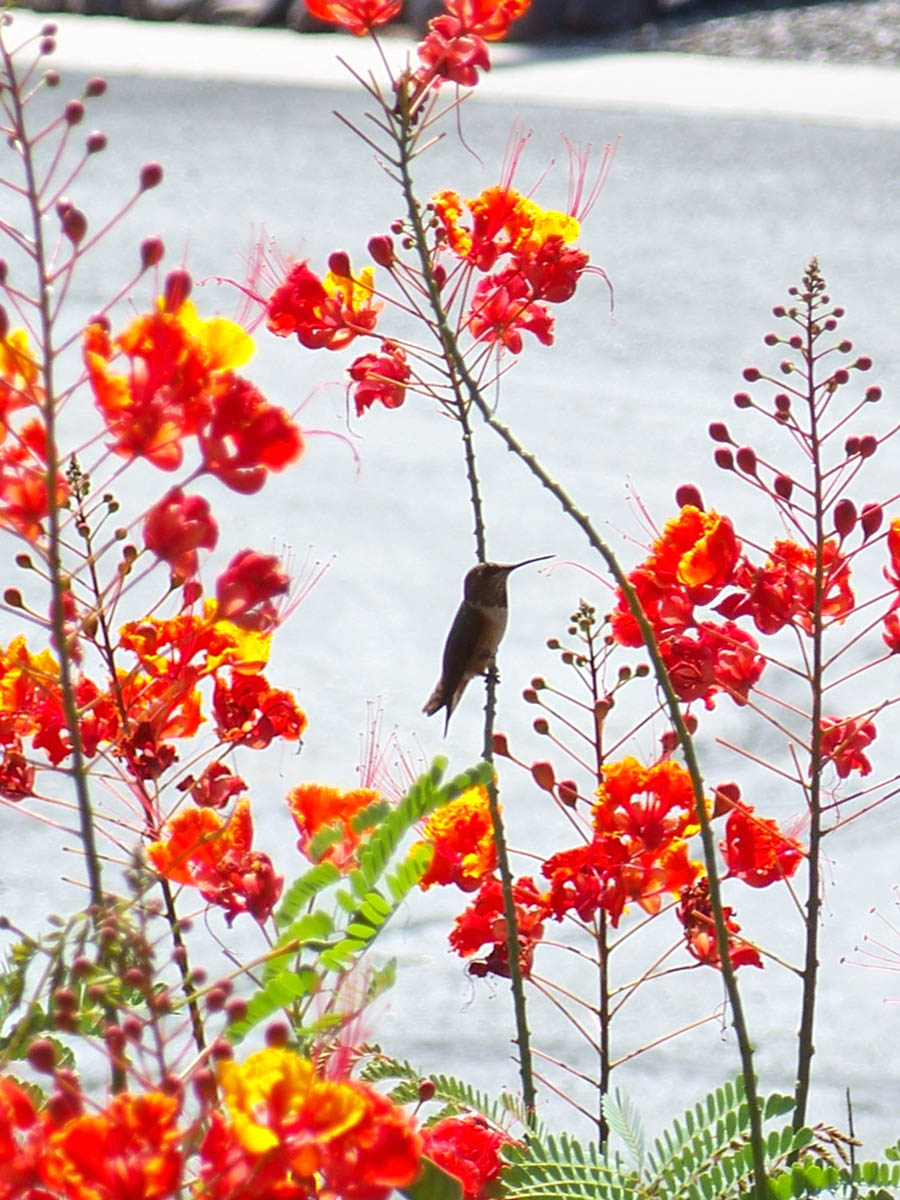