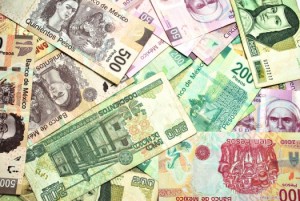 By most traditional economic gauges, little is going right today for Mexico. Growth is sluggish, oil exports are falling and credit markets have started to dry up.

Yet beneath the surface, a surprising and little-understood transformation is ushering in one of the country’s most important developments in years: the peso’s age-old link with inflation has been broken. No longer does a plunge in its value trigger an automatic surge in consumer prices. In fact, the most recent data suggest that it causes almost no inflation at all.

It may seem like an obscure, wonky topic – “pass-through” is the term used by analysts – but it’s hard to underestimate the significance in an emerging-market nation like Mexico that’s trying to climb into the ranks of the world’s developed economies.

First, it protects the purchasing power of consumers in a country where about half the population lives below the poverty line. What’s more, it gives central bankers the kind of policy flexibility they never had before.

Without having to worry about inflation, they can avoid the classic trap that afflicts so many developing nations: having to raise interest rates and choke off economic growth every time financial turmoil causes a selloff in the currency.

It’s a transformation that Mexico’s top officials began touting over a year ago. Economists and investors, though, were skeptical. As Credit Suisse Group AG’s Alonso Cervera says, “we had to see it to believe it.”

Now they have. Over the past 12 months, as the peso plunged 17 percent against the dollar, Mexico’s annual inflation rate fell to a record-low 2.3 percent from 4.2 percent. Bank of America Corp. says the currency’s impact today is almost imperceptible, with each 1 percent decline in its value fueling less than 0.05 percent of inflation.

Two decades ago – when consumer prices soared over 20 percent in just four months after the government devalued the exchange rate – the peso-to-inflation ratio was 10 times higher, the bank estimates.