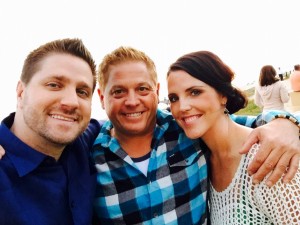 There are so many wonderful changes going in and around Rocky Point since the start of the year. The progress with our home port, the new restaurants and cantinas springing up around town and the new paved roads are just some of the enhancements coming to our special, seaside city. Another awesome and much-talked about addition is Pashley Y Amigos!!! Pashley Y Amigos is an American band with a Mexican flare who has gained fame touring all over the United States, Caribbean and Hawaii. The band is currently a part of the PGA Tour in the USA and plays at various golf venues for the professional golfers. After discovering Rocky Point, the band has decided to start booking some gigs right here in town!

Pashley Y Amigos will be having their Mexican debut at SouthSide Jillz on June 19th at 8pm. Having been privy to attending several of their US shows, I highly recommend this is an event you DO NOT want to miss! The band’s vibe is nothing but fun as they always seem to have the right blended connection with their audience to make YOU feel as though their concert is for you. Their array of music is astonishing as they easily slide from Top 40 Hits, old-school rock n roll, and country — to Mexican favorites and all of the best bar sing-a-longs. Southside Jillz is located at the end of Calle 13 and is around the corner from Max’s. The June 19th event will be Mexican Fiesta themed and Jill will be on hand with some drink specials and awesome food. If you have not tried the food at SouthSide Jillz, make it a must! My favorites are the stuffed avocado and the steak dinner…truly amazing stuff!
I sat down recently with Ashley Leroux and Patrick Sullivan from Pashley Y Amigos and wanted to get to know more about the band and what we can expect for their Rocky Point Shows…

Marco: How did you come up with the name Pashley Y Amigos?
Ashley & Patrick: When we first got together, our friends instantly started calling us Pashley. After two years of dating and five years of marriage, “Team Pashley” has really stuck with our friends and family. On our first trip to Rocky Point, we met so many amazing new friends, that welcomed us with open arms and we instantly felt adopted into the Rocky Point family. After just 3 days of sun, fun and new friendships, we knew we wanted to become a permanent part of the Rocky Point community and start planning some shows in Rocky Point. Although our entertainment business has had opportunities all around America in the last six years, we realized how special it could be to incorporate our new friends in Mexico with our band. So, we decided to integrate our new amigos into our band…and that’s how we came up with Pashley Y Amigos because the amigos are YOU which is the driving force behind what we stand for…fun!
Marco: What inspired you to become musicians and entertainers?

Ashley: There’s nothing I love more than to make people smile and have a good time. If we can even be a small part of making someone’s night amazing, that’s enough for me”.
Patrick: When I was a kid I saw Marty McFly in Back to the Future for the first time and I knew that’s the kind of guitar player I wanted to be. 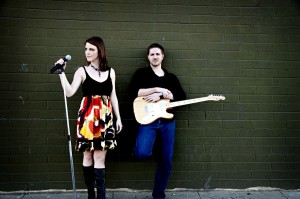 Marco: That’s funny Patrick! What do you think you bring to the Rocky Point music scene that is original?
Patrick: We play all covers that people know and love to sing, dance and drink to and best part is when we get to showcase Ashley as our female lead singer.
Ashley: I am excited to bring a female flare to the entertainment scene here in Rocky Point.
Marco: What does your future look like for Pashley Y Amigos?
Ashley: As new homeowners in Bella Sirena, we hope that this will be the first of many opportunities to make history and party with our amigos south of the border.
Marco: We have several opportunities to see bands play in Rocky Point. Why is Pashley Y Amigos the choice I would want to make to come see you play?
Patrick: Everything about Pashley Y Amigos is designed to make our amigos feel like they are part of something special. Whether it is getting on stage to sing with us, requesting a favorite song, celebrating a special event, or giving a shout out to a favorite friend, we are thrilled to be part of the memories made with every show.
Marco: I hear your theme for the June 19th Show at Southside Jillz is Mexican Fiesta. What do you expect from the audience?
Ashley: We’re expecting our amigos to show up in their most eye-catching, fun Mexican garb and of course to be ready to shake it like a Polaroid picture! And from what I saw the last time at SouthSide Jillz, the competition is pretty stiff on the dance floor.
Marco: Why did you choose SouthSide Jillz for your debut in Rocky Point?
Ashley: When we got to meet Jill, she was instantly excited and thrilled to introduce a new act to her fun and lively cantina and restaurant. We found Jill to be warm and inviting and that’s something that we treasure in people.
Marco: Name your favorite 3 songs to perform.
Ashley: Uptown Funk by Bruno Mars, All About The Bass by Meghan Trainor and You Shook Me All Night Long by ACDC.
Patrick: Margaritaville by Jimmy Buffett, What I Got by Sublime and my new favorite Mexico by James Taylor.
Marco: Is there anything you want to leave us with before we see you June 19th at SouthSide Jillz?
Ashley: We are currently putting the finishing touches on our new song, Down In Rocky Point that we have written in dedication to our new amigos. We cannot wait to share it with you all and are hoping it is going be your new Rocky Point Party Anthem song for many years to come.
Well, I for one will be there to check out Pashley Y Amigos on Friday night, June 19. The show starts at 8 pm and if it is anything like the other shows that I have had the pleasure of attending, it is going to be a full on BLAST! I look forward to seeing you a SouthSide Jillz then. Until next month, may the beauty of Rocky Point surround you soon! ADIOS AMIGOS. GOD BLESS.
Marco

Are You Having A Whale of a Time in Rocky Point?