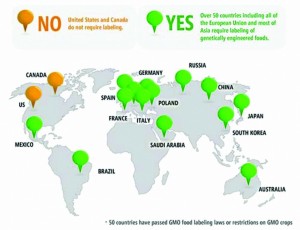 Maize is the name Americans recognize as the word corn. The word corn, used outside of the USA, describes the staple grain or cereal of a specific local. Corn comes from the shortening of Indian Corn, meaning the staple grain of the American indigenous people.  The word maize comes from one of the pre-Columbian Amerindian languages, for the name of the plant, maiz, the Spanish spelling.

Teosinte, a wild grassy plant, produces a very small thin cob with small kernels that are covered in an inedible hard shell. It has been demonstrated that the kernels will pop and can be eaten like popcorn; they may have been consumed by the ancient Mesoamericans in that manner.

It’s believed that maize was domesticated from the teosinte plant through thousands of years of genetic evolution and crossbreeding by the early ancestors of the Olmec. Scientists believe the Amerindians living in Mexico were domesticating corn over 9,000 years ago; stone milling tools with residue of maize were found in a layer of deposits dating back to 8,700 years ago. Corn is a completely domesticated crop. Its survival depends solely on the care and protection of mankind. Corn as we know it cannot exist in the wild. To the Amerindians the growing of maize was the most important activity there was; taking precedence over everything else.

In the 15th century, maize was brought back to Europe by the explorers. Once it was established as a staple food source there was an epidemic of malnutrition; which had not been observed in the Aztec or other American tribes.  Maize is not a complete protein. The Amerindians were eating maize with other food, such as beans, amaranth, quinoa and chia, forming the complete range of amino acids that constituents a complete protein. They also processed the kernels in a procedure known as nixtamalization which facilitates the release of Niacin, a B-vitamin; the absence of Niacin in a diet will cause the disease pellagra. Nixtamalli, a Nahuatl word, is the cooking and steeping of dry kernels of maize in alkaline water before using it as masa for the making of tortillas and tamales.

Maize is a wonderfully versatile crop; it’s the most widely grown grain in the Americas.  Science first developed corn gluten feed for animals in 1882, starches in 1844, sweeteners in 1866, corn oil in 1889, fuel-alcohol, Ethanol, around 1945, and lately, biodegradable plastics.

Monsanto has developed corn that is known as transgenic maize, GMO, genetically modified organism. This corn is designed to withstand Roundup, Agent Orange weed killer. This allows the farmer to spray copious amounts of herbicide on the corn without killing the corp. In 2009 GMO corn constituted 85% of the maize planted in the USA.  Roundup has been linked to serious health problems, including obesity, changes in the digestive system and major organs, damage to liver, kidneys, pancreas, genitals, birth defects and fertility; it is also related to possible increases of diabetes, inflammatory bowel disease, colitis, autism, and autoimmune diseases, asthma, COPD and many more.  GM corn poses a threat to the environment, small and organic farms, and exportation due to bans on American corn crops.

Monsanto’s other GM maize is the “Bt corn”. Bt corn has a gene from the Bacillus thuringiensis bacteria which produces a pesticide that will break open the stomach of certain insects and kill them. There is a lot of evidence that Bt corn is toxic to humans and triggers immune system responses from the inflammation to the stomach and reduces the ability to digest proteins. US exports have declined because of the GMO produce. Australia has reported that organic crops from the USA may be contaminated with cross pollination from GMO plants and cannot be trusted to be organic. Many countries have banned the use of Monsanto’s GMO seeds. According to Red Green & Blue website, Mexico has more than 60 varieties of corn, GMO corn threatens their existence.  Mexico has been resistant to the GM corn, but there has been more pressure from Monsanto to test the corn; Mexico has granted 3 permits for the transgenic corn pilot-planting.

There is an effort in the US asking for all GMO produce to be labeled. So far, it has not been approved for regulation by the government. Canada does not require labeling either, but 50 other countries require labeling or the restriction of GMO crops.

Not only are there health and environmental issues but all GMO seeds must be bought from Monsanto every year and cannot be planted from the previous year’s crop. This is required by a contract between the farmer and Monsanto. If a farmer is found to have any GMO corn in their fields, even if not intentionally sowed, Monsanto has the right to sue the farmer based upon patent laws.

GMO issues are beyond the scope of this article, but the reader is invited to research the subject.  You may want to start your investigation at: www.mercola.com article search.