Living at the beach there is one thing for sure – home maintenance. Over the years that I have been here I’ve had the privilege of getting to know some really great guys that have worked for me – building the house, repairing, and maintaining. I want to introduce you to three of them and recommend that if you need anything done at your house or condo, they are a great resource.  There are many other very talented construction guys in town but here’s the low-down on my guys. 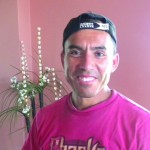 Benjamin is originally from Nayarit. He came to live in Puerto Peñasco with his sister as a small child. After returning to Nayarit, living in Los Mochis with another sister and an unsuccessful attempt to cross the border, he returned to Puerto Peñasco and worked as a construction helper with his brother-in-law on the development of Playa La Jolla. In addition to learning on the job in La Jolla, he also credits a Playa Encanto owner he worked for, Doug, with teaching him a lot about the various aspects of construction.  Benjamin is a quick study and sought out others to teach him what he didn’t know.  He now has his own company and can perform any aspect of construction.  He has done some outstanding tile mosaics that I have seen. Benjamin speaks fairly good English and has a fabulous sense of fun about everything.  He built his own house and is constructing three others to serve as rentals, to provide income he says, when he can no longer work construction.  Benjamin is married and has three daughters.  His cell phone number is (044-638) 386-1932. 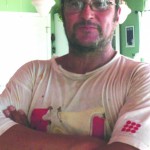 Vidal is originally from Chihuahua and has been in Puerto Peñasco for four years.  He came to town for a family wedding and after spending more than 30 years in the Phoenix area working for the Cable industry, decided to move here. At the time of his move, the economy in the U.S. was getting pretty bad and there was less work available. He found there was construction work available in Puerto Peñasco. His wife was very happy about the move as she wanted to be closer to her mother who is not in good health. He does all types of construction and works in all parts of town, but is in Playa Encanto and Playa Jolla a lot where he has regular clients. He and his wife Luisa have three children. When she is not caring for her mother, Luisa is available for house cleaning.  Vidal is bilingual and according to one of his other clients is a whiz at solving plumbing problems. His cell phone number is (044-638) 384-6381 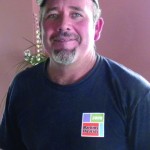 Cris came to Hermosillo with his grandfather when he was 4 years old.  His grandfather came to work in the farm fields in that area. They are originally from Michoacan.  Later they came to Puerto Peñasco to visit other family members and decided to stay. He went to high school here and while still in school he worked as a construction helper with his grandfather who was building houses in Cholla Bay. He decided to go to Phoenix to finish high school and go to college.  After some college he decided to return to Puerto Peñasco where he worked at quad rental places and eventually got back into construction. Cris built his own house in town and now has clients in town, Las Conchas, Sandy Beach and Playa Encanto. In addition to construction tasks, Cris does a lot of heavy cleaning for me, like windows, screens, yards and patio furniture. Cris knows so many people in town, that no matter what your need might be, if he can’t do it, he knows somebody who can (even the locksmith who got me into my jeep when I locked the keys inside). Cris is bilingual and can be reached at (044-638) 384-7541.

I’m on vacation now and will write next month from Puerto Peñasco North (also known as Show Low, and the Pinetop-Lakeside area of the Arizona White Mountains). If you need any help around your house, keep the names and numbers of MY GUYS and give them a call. I trust them with my home and even my life.  We are so lucky to have so much talent here in our paradise.