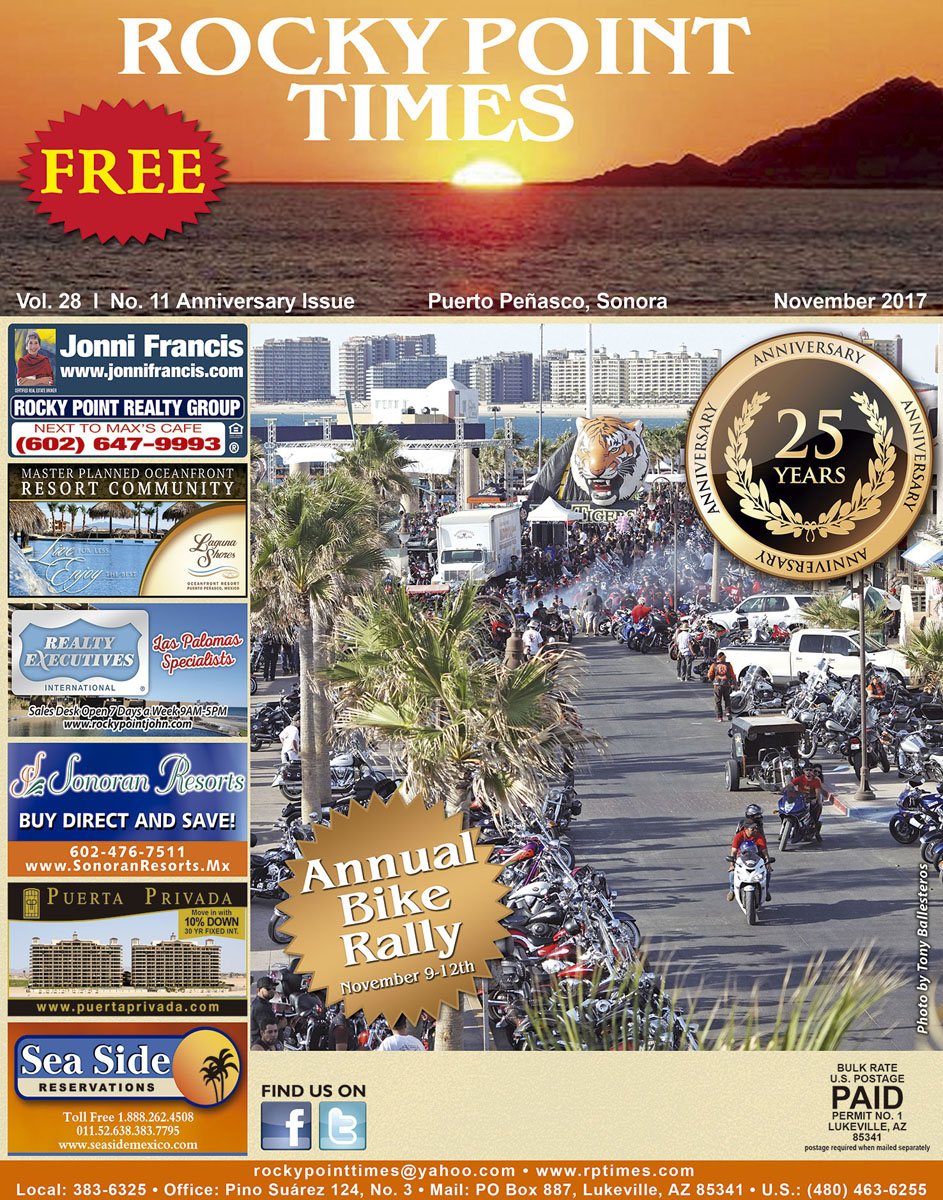 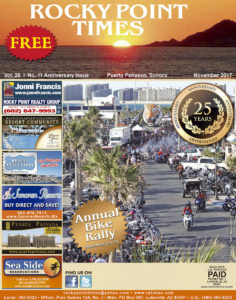 I’m baaack! And I know everyone is just thrilled as I am. At this moment we are nearer to the end of October than we are to the beginning and the weather still has not flipped. Granted, it has cooled considerably and the humidity has decreased, but this has got to be a new record. I know many of you have turned off your air conditioners and have opened the windows: Fresh air is so, so wonderful! I too have turned off the central air, but still find myself turning it back on somedays. And I admit that I have yet to turn off my bedroom air. The weather did get cooler at the beginning of October – fooled all of us as it does every year, but I wanted to believe it this year since it was so darn hot starting way back in May! Not fair…May and October are my two perfect months in Rocky Point. Perhaps now I may have to go with April and November…we’ll see. The weather did get cool enough for me to purchase a wetsuit so that I can continue to paddleboard with minimal discomfort (except for when I fall and my head gets wet…yes, I am that person!). The weather will eventually flip for good and then I will be complaining about it being so cold. Such is life in paradise! And speaking of paradise…I’m heading down to San Carlos next week to paddleboard, hang with friends and catch a Mark Mulligan show. (Check the paper for Mark Mulligan at the Pink Cadillac in November and grab a copy of his latest CD, “Same Beer, Different Can”.)

I was driving home one afternoon in October and was just approaching the “stop sign” where the Red Cross and DIF collect money most weekends (heading south). Since the Sonoyta cops were nailing everyone for speeding in this area I am super conscious never to speed. Not even 1Kmh over the speed limit of 40Kmh. Having said that, I don’t always stop to donate either. A lot of the time I just move to the right, slow down a little, and proceed without stopping. Well, surprise, surprise, that is the wrong answer! On this afternoon I do see the cop sitting over by the Red Cross tent, but I don’t worry because I am not speeding nor doing anything else to warrant a violation. All of the sudden I realize that the police car is right behind me…and his lights are flashing. Must be some kind of mistake I think so I go to pull over to let him pass, but pulls in behind me. Immediately I get pissy because I know he is just pulling me over to hassle me since I wasn’t speeding. Reading this you are probably saying to yourself, just be cool, don’t get mad, just see what he has to say. But do I listen to you? Noooooo! I am hostile as soon as he walks up to my window telling him that I was not speeding and not really giving him any room to speak. When he could get a word in edgewise, the nice police man (and he was nice) said he pulled me over because I had NOT stopped at the (removable) stop sign. Well, it’s not a real stop I argued. To which he replied that indeed it IS a REAL stop sign: The police give the Red Cross, or whomever else, permission to put it there thus making it a legal stop sign. He informed me that if I did not want to donate, I still had to stop for at least 3-seconds or 2-seconds or a nano-second. In other words, no California Stops (which are my favorite!). A complete 2- or 3-second stop. He said he was just there ONLY to educate people that they needed to stop at that stop sign when present. And that when the orange cones are present, that the legal federal (or state, not sure) speed limit is 4Kmh. Obviously my biggest surprise was that he was just there to educate me, not to ticket me. And my second surprise was that he did not ticket me for being a hostile asshat. Let’s face it, I technically DID run the stop sign so he could’ve written me a ticket. But instead he chose to be super cool and tell me that, recently, someone had been run over and that’s why he was put there…to educate and slow people down. We talked for a bit more and, yes, I did apologize about 10 times and I drove away with no ticket! Needless to say, I now stop and just donate a few pesos to whomever is collecting. So, remember, those portable stop signs are for real and listen what the poo-poo has to say BEFORE becoming hostile. Oh, and keep some peso change in your vehicle – donating makes having to stop less annoying.

The increased tourism has been great for Rocky Point so I urge everyone to come and visit and bring lots of friends! Thanksgiving weekend will be packed and it looks as if the weather will be awesome. I’m banking on it being warm enough for some holiday paddleboarding…or just using it as a big raft after I consume lots of turkey and stuffing. If you come on a holiday weekend you know there will be a line up at the U.S. border, so plan accordingly. Even if you are just a regular weekend warrior, or have to travel home on any random Sunday, be aware that border lines can be long with the increased number of travelers. The Sonoyta police are still splitting traffic into 2 lanes, 1 of which has to merge back in as you near the border so prepare yourself and remain calm. One of these days we’ll have multiple lanes going through Sonoyta. And, remember, that all of the cars you’re passing on the highway trying to be first, will be sitting in line with you at the border!

We’d like to wish everyone a wonderful and safe Thanksgiving. 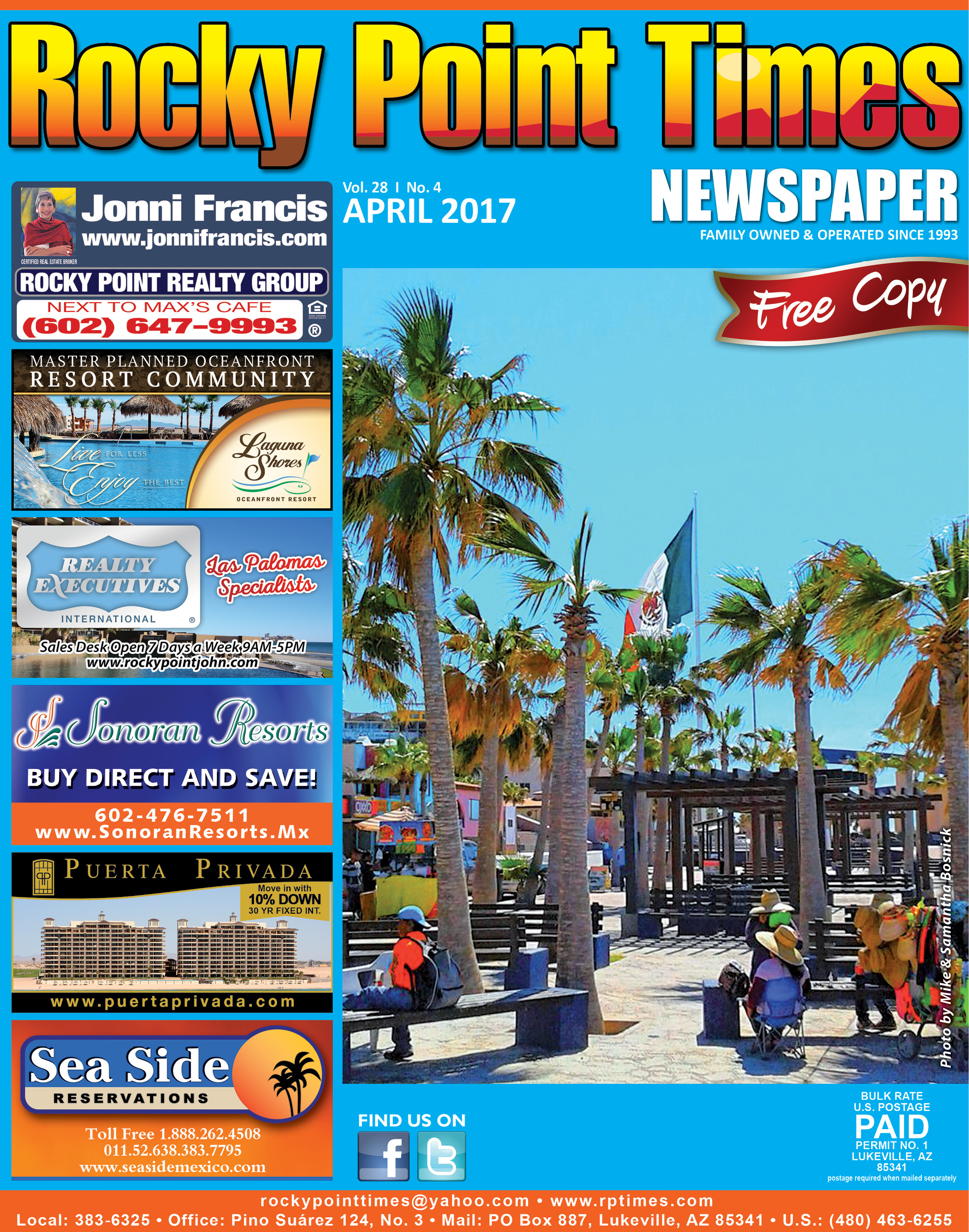