Puerto Peñasco can be a brutal place, weather wise sometimes. From October 1st through May it is perfect. June starts to get a little warm. Then the humidity starts to set in, after all we are by the Sea of Cortez. The ocean currents bring the moisture ashore, especially in the beach area, not so bad when you get inland, but by the beach, whew!

The snowbirds start filing in around the 3rd week of September wanting to get relief from the colder northern climates. Some stay a month, some until May. Our winter temperature is almost perfect. The water is warm and the coldest air temperature is about 45 degrees in January.

Now to get to the Escape Part. We live here at Playa Bonita RV Park year around. So for four years we withstood the heat and humidity and turned up the A/C and drank more beer (which, is not all that bad).

A couple we met here in the park have a smaller travel trailer with one slide out and asked if we wanted to go for a summer excursion up the northern coast. Fishing and crabbing and it sounded like so much fun. But we didn’t have a smaller trailer, so we started looking. Couldn’t find one in our budget area. So many on the internet and a lot of scams. But our friends had a friend in northern AZ with a 23 ft. light one that I could pull with my half ton pickup and it was just what we were looking for.

In a couple weeks our friend called and told us we own a trailer. He just gave the owner a check and they were bringing it down in a couple of days. When it got here we had it washed and waxed, roof resealed, awning repaired and so forth. Unfortunately, the timing wasn’t right and we didn’t get to go with them. We took a trip to Silver City, NM for a week and had a real good time learning the ins and outs of ‘trailering’ and camping.

Fast forward to this year. Got it all ready to go. Do you know how much stuff we packed into that trailer? Just increased the total weight by thousands of lbs. I know because I carried it all to the trailer while Nancy put it away in places I didn’t know existed.

We left the 24th of June for Casa Grande. Put the unit (easier to write than trailer) in an RV park where Nancy and our two Chihuahuas stayed while I went to an appointment at the VA in Tucson. I came back the next day and we were finally off on our way to join our friends on the coast of Oregon. Rain, rain, rain. And pretty cold, in the 60’s.We used the heater in the unit because our dogs were freezing.

Up the coast of Oregon to Tillamook where we wanted to take the tour but so did a thousand other people. We had lunch and left. Our friends were going to stay in Portland for a few days and we really didn’t want to so Nancy suggested we go to Montana where I’m from and had been gone for twelve years. Up into Washington, across Idaho to Missoula, my home for sixty years. I was almost lost. By now we have been on the road for three weeks and things were getting a little tense. We didn’t have enough room in the unit for all of us and my temper was getting short.

When we got to Missoula, the town had exploded into a big city. New businesses, apartments, and roads. I was almost lost. How did this happen? I had been to a friend’s house many times and I couldn’t find it. Good old internet. I put him in charge when I left and he dropped the ball.

Nancy wanted to go look at trailers because she was tired of my complaining. Just looking remember? Spent a whole day almost at one dealer who used to have twenty to thirty units and now has hundreds. We told the salesman our price range and got into his golf cart to view a bunch of units ten thousand dollars more than our high. Wasted our day. The next day we visited another dealer and the first one we looked at was just what we wanted, a twenty eight ft. with one slide, and in our range. Bought it and two days later the job of transferring the thousands of lbs. of stuff began. Whoops the fridge doesn’t work! They worked on it for a couple hours and got it going and we were on our way.

Came down Interstate 15 through Idaho, stopping in Pocatello at a KOA. Boy they are expensive. Leveled the unit and put the slide out. Whoops it won’t go out! Got out the books and internet and found a fuse on the battery. Changed the fuse and, Voila! it worked. Whoops the fridge is warm! Now what we do? Buy Ice, move stuff to a cooler. Light is blinking on the control panel. Got out the book and internet. Unit is not serviceable. I retired as an appliance repairman, I can fix this. Wrong! Buy more ice.

Down through Utah, over to Las Vegas where I looked up and old friend and was amazed that he had gotten so old. One year older than me. He looked just like the wizard in the movie The Hobbit. White hair to his waste and beard like Santa. He said the kids in the neighborhood skirted his house because they were afraid of him.

One hundred seventeen degrees out. Let’s get out of here. Drove to Gila Bend and stayed at the Shell Station RV Park. Not a good experience. One hundred fourteen degrees. Out of here. Glad to be home in the heat and humidity. Eight states, four thousand miles and a huge credit card debt, and loving our little piece of heaven. Getting unit fixed in Tucson and ready for another escape in a month or so, but just a short one.

I have put a lot of articles in the RP Times and I had a writer’s block, but now maybe I broke it. Hope you hung in there and enjoyed this article. Thanks for taking time to read it.

Check some of my other articles, Google Rob Baylor RP Times.

You should write a book 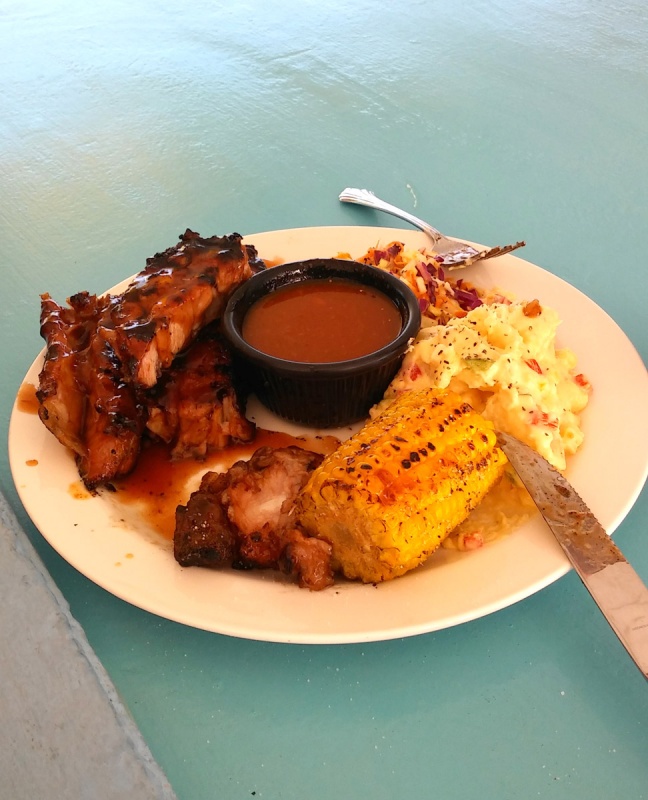