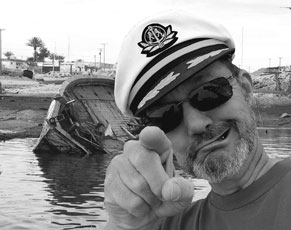 If you have ever been near a body of water big enough to float a rubber ducky, you have probably heard a boat owner say the two happiest days of his life were when he bought a boat and when he sold one. While I favor the gas-guzzling variety, my Rocky Point pal, Craig, has invested in boats that cost almost nothing to run when the wind blows. Trouble is, before the wind blows he has to be ready for it.