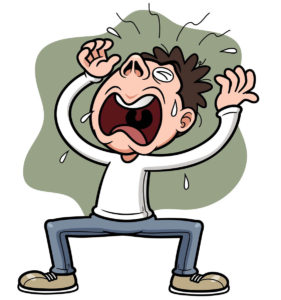 Sometime back, while enjoying a beer at the American Legion here in Rocky Point, I explained to a couple of pals about a term I came up with years ago “liability friends.” This is not meant to be offensive, it is more precautionary.

I’m referring to that guy or gal with charisma, who can be a lot of fun, but sometimes ends-up in ridiculous situations. You’re forced to assess how these difficulties might harm you. Will they cost money, cause embarrassment, ruin a relationship or land you in the hoosegow (jail).

Yes I remember when John, one of my good friends from Houston and I were attending an Astro’s game. He fired up a cigarette, ignoring a no smoking sign, only to be accosted by an irritated fan demanding he put it out. John disregarded him until another guy sitting directly behind us produced a badge stating if he didn’t put the cigarette out he’d be arrested. John just started laughing at the cop.

Judy is an attractive, well-educated woman with a great job. When I escorted her to our company party, little did I know she was one glass of chardonnay away from being totally blasted. After slamming three or four white wines, she ended up doing a Tanya Tucker routine, dancing on the bar. The evening concluded with her passing out in the lady’s room, charming.

Another old friend, Bruno, thinks it’s hilarious to hire strippers for special celebrations including award ceremonies. I remember the time my boss was in town to give our team some special recognition, and the next thing I know I’m supposedly being arrested by a busty cop who begins to disrobe. The look on my boss’ face was a tad strained.

Later that year I met a wonderful woman I thought might be “Miss Right” and she agreed to be my date for the company’s Christmas party. When we got to the party everything was going great until everyone’s best friend Jenny arrived. She grabbed a drink then grabbed my date and proceeded to regale her about our last party, when the woman I’d brought began dancing on the bar. When we left there were signs our new relationship was coming to an end.

My Mom always said “If you play with rattlesnakes.” “Yeah, I got it.” Living in Rocky Point is pretty much hassle-free, not many rattlers, but I’m always inclined to keep a wary eye out and don’t get me started about Magoo. That would take an entire column.

Pondering the Plight of the Palm Tree